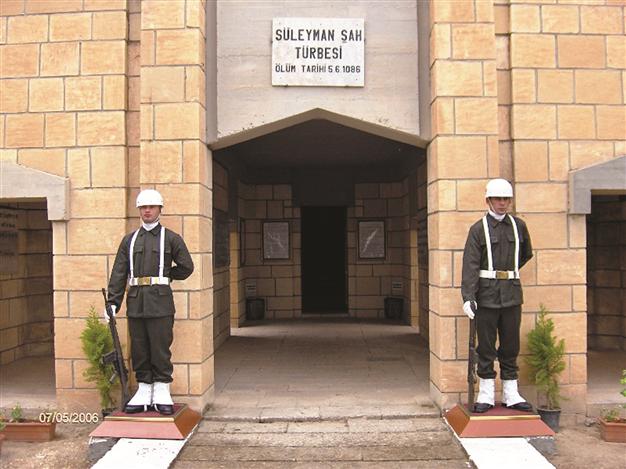 The Turkish troops, reportedly numbering around 40, were guarding the mausoleum complex of Suleyman Shah, grandfather of the Ottoman empire’s founder, Osman I, which under a 1920s treaty is considered sovereign Turkish territory.

The tomb containing the remains was also successfully brought back to Turkey and Suleyman Shah will be reburied in a different pocket of Syria over which Turkey has also secured control, Davutoglu said.

One soldier was killed in an accident during the operation to relieve the guards at the tomb on the Euphrates River some 30 kilometres (18 miles) inside Syrian territory, the Turkish army said in a separate statement.

It said the soldier lost his life in the “initial stage” of the operation but emphasised there were no clashes during the mission.

The army said the decision to relieve the guards at the tomb was taken because of the worsening security situation in the area, part of Syria’s Aleppo province that is under the control of IS jihadists who have captured swathes of Iraq and Syria.

Turkish authorities denied press reports last week suggesting that one of the guards may have been kidnapped by IS. 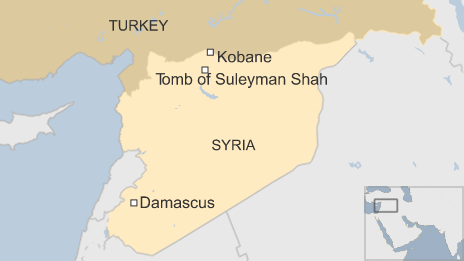 Davutoglu said in a statement that the mission — called Shah Firat (Shah Euphrates) — had resulted in the successful repatriation of the soldiers guarding the tomb, as well as the remains of Suleyman Shah himself.

“The remains of (Suleyman Shah) have been temporarily repatriated and will be reburied inside Syria at a later date,” he added.

“It was a highly successful operation to the last degree,” he said, emphasising that the mission was fully in line with international law.

Davutoglu congratulated the Turkish army on the success of an operation that he said had posed “considerable potential risks”.

There has been considerable concern in Turkey in recent months over the wellbeing of the troops guarding the tomb although the government has always kept silent about their status.

Ankara had repeatedly warned of military reprisals if the troops guarding the tomb were ever hurt.

Davutoglu said that the remains of Suleyman Shah, who is said to have died in 1236, would be reburied in Turkey at a religious ceremony in the next hours.

However he said that within days Turkey planned to bury the remains once again inside Syria in the area of Eshme, which Turkey took over in the operation.

Turkish television channels broadcast images of Turkish troops planting the Turkish flag overnight at the site. There were no further details on the size of the new pocket of territory under the Turks’ control.

The tomb of Suleyman Shah is considered Turkish territory under the 1921 Treaty of Ankara between the Turkish authorities and France, which then controlled French-mandated Syria.

The tomb was moved in the 1970s when its then location — also on the Euphrates — was flooded by the Syrian authorities to construct the Tabqa Dam that forms Lake Assad.

The tomb had for years been guarded largely by conscripts but in March 2014 Turkey reportedly sent a special mission of several dozen special forces to guard it.

A press report in the Taraf daily last year said Turkey had been negotiating with IS to hand over the tomb in exchange for Turkish diplomats who were then held by the group. Ankara vehemently denied the report.

The operation to relieve the soldiers guarding the tomb took place as Turkey is coming under pressure from its Western allies to play a greater role in the fight against IS jihadists.

The United States and Turkey on Thursday signed a deal to train and equip thousands of moderate Syrian rebel forces opposing President Bashar al-Assad after several weeks of talks.