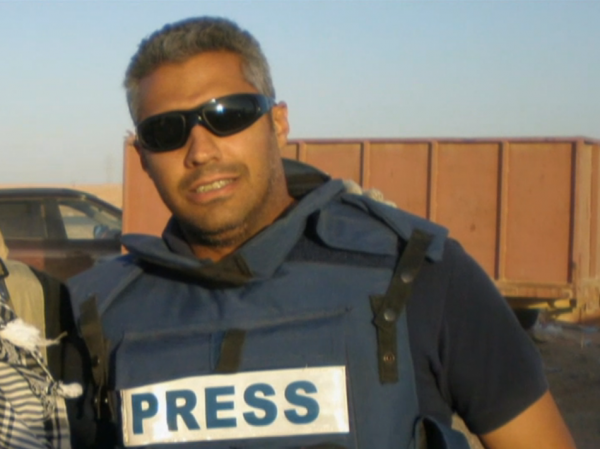 The CBC fifth estate’s feature-lengthy interview with Mohamed Fahmy last night has increased sympathy across the country for the Canadian journalist who’s out on bail in Egypt.

Fahmy, one of the Al Jazeera Three, was jailed for more than 400 days after being convicted to helping the banned Muslim Brotherhood while working for the Qatari government-owned news network.

He’s maintained his innocence, yet faces a new trial next week that could result in a lengthy jail term.

At times, Fahmy was highly critical of Al Jazeera, which continues to pay him. At one point in the broadcast, he claimed that the Qatari government harmed his case by suing Egypt for $150 million for shutting down the station’s operations.

The CBC program left viewers with the impression that Fahmy was an innocent pawn in a bigger struggle between Qatar and the Egyptian government led by Abdel Fattah el-Sisi.

The only evidence that seemed to support the government’s case was a confession by Fahmy’s co-accused, Egyptian Baher Mohamed, that Al Jazeera staff were instructed to favour the Muslim Brotherhood—a claim that Fahmy has rejected.

Fahmy’s lawyer is Amal Clooney, wife of Hollywood actor and director George Clooney. You can be sure that this CBC interview was conducted with the goal of creating as much distance as possible between Fahmy and Al Jazeera.

That’s because his “crime” is, in effect, carrying out the wishes of Al Jazeera, which the Egyptian government wants to link to terrorism.

Al Jazeera, of course, doesn’t want to lose its Egyptian audience, given that Egypt is easily the most populous Arab country and has the largest number of English speakers.

By the end of the fifth estate broadcast, the most burning question was why hadn’t Prime Minister Stephen Harper exerted greater efforts to free Fahmy, who’s renounced his Egyptian citizenship.

So why wouldn’t Harper want to help Fahmy, who came across as fair-minded, reasonable, articulate, and gracious?

Fahmy didn’t have an answer.

I don’t have an answer, either, but here are six possibilities:

1. Harper has little sympathy for people who take out Canadian citizenship but who move back to their countries of origin, only to seek the Canadian government’s help when they get into trouble. We saw how the Conservatives were so critical of former Liberal leader Michael Ignatieff for living abroad for so many years, ridiculing him for “just visiting” when he returned to Canada. The Conservatives also amended immigration legislation after Lebanese Canadians sought government assistance after Israel invaded Lebanon in 2006. If Harper sees Fahmy as a “Canadian of convenience”, it’s not going to help the journalist’s case.

2. Harper might have sought the advice of his close friend, Israeli prime minister Benjamin Netanyahu, on how to respond to the Fahmy case. Netanyahu is no doubt happy about the coup that ousted the Muslim Brotherhood government in Cairo. Egypt’s hardline stance against Al Jazeera is something Netanyahu would like, given the station’s harsh coverage of Israeli actions over the years. So if Netanyahu thinks that the conviction of Al Jazeera journalists in Egypt is good for Israel, Harper’s not likely going to lose any sleep trying to free Fahmy.

3. Harper believes that Fahmy is guilty of helping the Muslim Brotherhood and is not going to budge from that position—and has no qualms about someone found guilty of this being sentenced to a lengthy jail term.

4. Harper has weighed the politics of Fahmy’s case and has concluded, on balance, that not assisting him will win more votes than helping to get him freed.

5. Harper wants to expand trade with Egypt and feels that going to bat for Fahmy will reduce the likelihood of Canadian companies getting a bigger foothold in the Egyptian economy, which is largely controlled by the military. Canadian merchandise exports to Egypt were $720 million in 2011, up sharply from the two previous years, according to the federal government’s website.

6. Harper doesn’t think Canada should meddle in the domestic legal system of a country ruled by a president who wants to crush the Muslim Brotherhood.

Fahmy pointed out that many prominent Canadians as well as Human Rights Watch and Amnesty International have urged Harper to lobby for his deportation from Egypt.

In the meantime, it’s worth noting that Fahmy granted his only interview to the CBC fifth estate rather than to Danielle Hamamdjian, a CTV journalist of Egyptian descent who flew back to the city where she was born, Cairo, to cover his case.

That might be puzzling to some Canadians, given that CTV News with Lisa LaFlamme has a larger audience than CBC News with Peter Mansbridge. (CTV has traditionally been more popular among Canadians who tend to vote Conservative.)

I can only conclude that Fahmy and his legal team gave considerable thought to this issue before choosing to go with the CBC’s fifth estate over a CTV journalist who speaks conversational Arabic.

Hamamdjian, who’s mother was raised as a Christian, likely knows a great deal more about Egypt than anyone working at CBC’s flagship investigative show. Judging from an essay she wrote on the CTV site, Hamamdjian probably doesn’t harbour much sympathy for the Muslim Brotherhood.

For Fahmy, one of the advantages of going with CBC News is that his story will appear on all platforms: TV, radio, and the website. CTV’s website doesn’t have nearly the same reach, nor does CTV have as good a reputation as CBC in other countries.

CBC fifth estate has a history of broadcasting stories of Canadians jailed in other countries, and the show had been following Fahmy’s case closely while he was in prison. This is reason enough to go with the fifth estate.

But until Fahmy explains his media strategy or Hamamdjian offers her perspective, his choice of going with CBC will remain a mystery to those who’ve been paying attention to this aspect of the story.