What makes the Lebanese work when Lebanon isn’t? 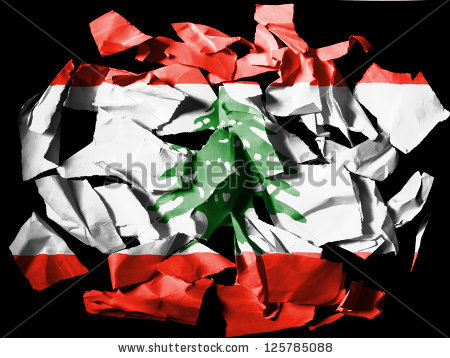 For all practical purposes, Lebanon is still struggling from the effects of civil war that ended over two decades ago. Yet, today the country is without a president, shackled by continued corruption, weakening job prospects, and on-going strikes that are the only way for the working class voice to be heard. Roadblocks and tires burning in the streets are everyday forms of protest.

While it may not technically be a failed state, it certainly is a fragile state. It’s in a political stalemate, where opposing parties simply boycott votes they disagree with rather than represent the people who voted them into office.

They left! That is the difference. The Lebanese “work” because they left an environment that isn’t working. When you look up lists and listen to stories of Lebanese achievements, they are most often outside of its geographical boundaries.

The Lebanese diaspora is spread across the globe. Although there are no reliable figures, the diaspora is estimated to be around 14 million people. It is three times the population of Lebanon.

I am not making a political point about Lebanon. I, as a fellow Lebanese citizen, love the country and the people. The current reality pains every member of the Lebanese diaspora, including me. We can learn from it. We can learn that as leaders we are to create an environment for our employees, teams, even customers, to succeed.

Dubai did just that. It created an environment for others to succeed and as a result it prospered.

In the case of Dubai, it has been good to a lot of people – nationals and expats alike. It’s environment makes people collectively successful and want to contribute to its triumph. So much so, that in the 1980s a group of expats went to the government saying, “Corporates should pay to make Dubai green.” They believed so much in Dubai that they wanted to help. Their idea was immediately shot down with a response. “The government will take care of those matters. We want you to work hard, make money and live a better life for your family” They added, “What is good for you, is good for us!”

An organisational environment of success is supportive, helping employees but not subsidising them. It removes the hurdles and obstacles. It minimises “red tape”, but it does not do their work for them. Actually, it pushes people to achieve more, do more. Being supportive leans to the side of encouragement rather than compassionate.

Studying organisational culture, it becomes clear that an environment of success is actually very tough. It resembles a jockey who knows the exact breaking point of his horse and pushes him just shy of breaking. Dubai pushes people to succeed, to achieve more and more. You need to support and encourage your employee to achieve as much as they can.

The essence of great leadership is helping other people succeed. This begins with the environment that you create. Have you created an environment where people come to you so they can succeed (and of course this leads to your success) or one where they have to leave in order to succeed?