Hezbollah on the front line on Israeli border in south Syria 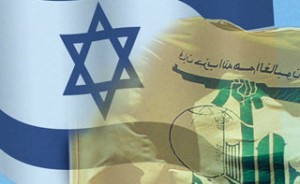 Hezbollah has taken the lead role on a key frontline in southern Syria near the border with the Israeli-occupied Golan Heights, a monitoring group said Tuesday.

A Syrian military source confirmed Hezbollah was engaged in fighting in Quneitra and Daraa provinces as part of efforts to stop rebels advancing in the area.

Hezbollah and President Bashar Assad’s troops launched a new operation on Sunday to reclaim swathes of territory captured recently by rebels and jihadists, according to the Syrian Observatory for Human Rights.

“Hezbollah has taken the initiative to lead army and Iranian forces in the triangle of territory linking Daraa, Quneitra and the southwest of Damascus provinces,” said Rami Abdel Rahman, director of the British-based monitoring group.

“The frontline is on the border with the occupied Golan Heights,” he added. “They have since taken back a string of villages and hills.”

Iran has acknowledged sending military advisers and high-ranking officers from the elite Revolutionary Guard to help its ally Assad.

Unlike the Observatory, the military source said the Syrian army was leading the offensive.

“The Syrian army and its allies, including Hezbollah, are fighting battles against armed groups in Quneitra and Daraa provinces,” the source told Agence France-Presse on condition of anonymity.

He added that the goal of the campaign was to “put a stop to the armed men’s attacks, (as they inch) towards the capital.”

Syrian rebels and the al-Qaida-affiliated al-Nusra Front have in recent weeks made sweeping gains in the south of the country.

Daraa and Quneitra are important because they are located near Damascus, Jordan and the Israeli-occupied Golan Heights.

Hezbollah first acknowledged it was sending troops into Syria to back Assad in early 2013 against the mainly Sunni rebels.

According to the Observatory, about 5,000 Hezbollah fighters are now deployed across the country.

On January 18, six Hezbollah fighters including a senior commander were killed in an Israeli strike in Quneitra.

Hezbollah said the fighters were involved in reconnaissance in the area, and responded by attacking an Israeli military convoy in the occupied Shebaa Farms, killing two soldiers and wounding seven others.