Syria tells Jordan to back off, accuses neighbor of training ISIS 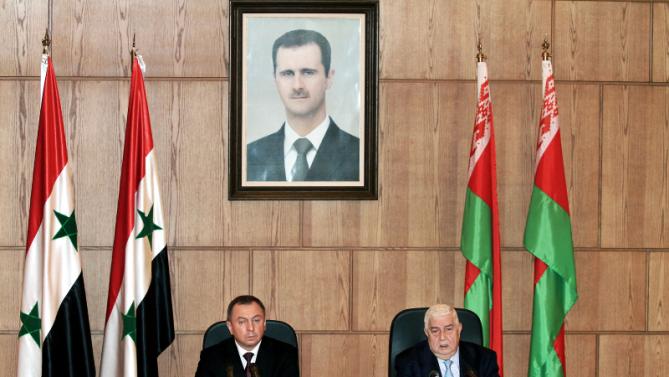 Walid al-Moallem also told reporters that Damascus will not accept Jordanian or other foreign ground troops crossing into Syria to fight the Islamic State group.

He accused Jordan of allowing “terrorists” — a government term for all opposition fighters seeking to topple Assad — to cross into Syria after training them in camps in Jordan overseen by the United States. The CIA has said it is running a rebel training program in Jordan.

Al-Moallem claimed that Jordan, “which fights the Islamic State group along with the international coalition, doesn’t fight” against Syria’s main al-Qaida branch, called the Nusra Front, along its borders.

The Nusra Front is fighting with Syrian rebel groups in southern Syria, near the border with Jordan.

There has been no mention of any international troops offering to go into Syria to fight IS. Jordan has, however, vowed to retaliate harshly for the slaying of one of its pilots, who was burned alive by the Islamic State group militants last week.

“We will not allow anyone to violate our national sovereignty and we do not need any ground troops to fight Daesh,” al-Moallem said, using the Arabic acronym for the extremist group.

“The Syrian Arab government is fully capable of fighting Daesh valiantly and we don’t need any other troops,” he added. Al-Moallem spoke at a joint press conference with Belarusian counterpart Vladimir Makei in the Syrian capital.

Syrian government forces are fighting IS militants on the ground but have lost about a third of the country to the extremist group.

Al-Moallem said Syria offered to co-ordinate with the Jordanian government in fighting terrorism, but received no response.