US embassy and European Parliament in bomb scare 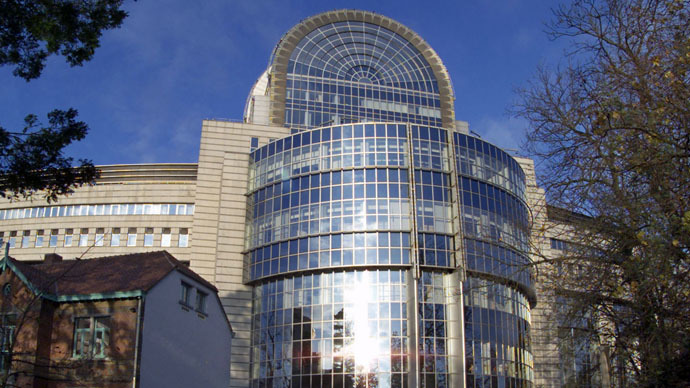 The European Parliament buildings that had been evacuated around noon, have been reopened again shortly after 1pm.
One suspect has been apprehended after the bomb alert. The American embassy in Brussels was also the victim of a bomb alert.

False alarm, again. Belgian police have had to make dozens of interventions since the terror alert level was raised two weeks ago. Police warn that those found guilty of a bomb hoax will face harsh punishment.

Three European Parliament buildings were evacuated due to a bomb threat. Nearby Montoyer Street was closed for all traffic.

The evacuation was mostly a precaution, police say, after a suspicious-looking man had been spotted in the area.

One suspect was apprehended, a man wearing a military uniform and acting suspiciously.

The suspect was also carrying car keys, which fitted a nearby car.

This vehicle was searched using a sniffer dog. The bomb disposal unit DOVO was also called to the scene, but in the end it nothing was found.

The American embassy also had a bomb scare.

According to Francophone sources, a man had parked a car in front of the building in order to flee the area immediately after. The area was closed due to safety reasons by the police.

One hour later, the ban to enter the area was lifted again.