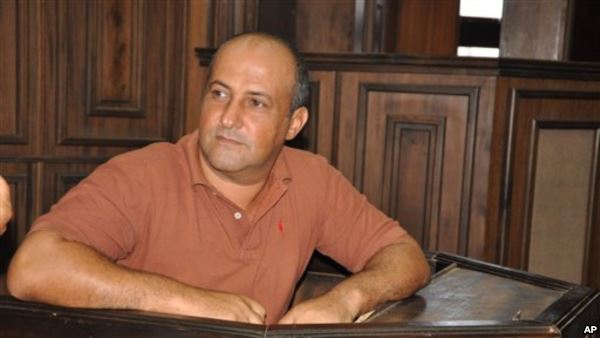 Nigeria’s Supreme Court, on Friday in Abuja, overturned and set aside the conviction of Talal Ahmad Roda, a Lebanese resident in Nigeria’s North Central city of Kano who was convicted and sentenced to life imprisonment over imports of arms allegedly belonging to the Iranian backed Lebanese Hezbollah militant group .

Roda was arrested in his Kano house where the ammunition was found and was sentenced to life imprisonment having been found guilty of conspiracy by a federal high court in Abuja.

The trial court had freed Mustapha Fawaz, owner of Abuja-based Amigo Supermarket and Wonderland Amusement Park, and Abdallah Thahini both of whom stood trial alongside Mr. Roda over the arms.

A five man panel of the apex court presided by Justice Musa Dattijo Mohammed, held that there was no evidence cited before the trial court linking Mr. Roda to the cache of arms found at No 3, Gaiya Road, Kano from where he was arrested.

Furthermore, the court held that the trial court lacked the jurisdiction to entertain the trial as the discovery of the arms cache was in Kano and not in Abuja. It held that the accused persons ought to have been tried in Kano.

The Supreme Court noted that although the federal high court’s jurisdiction covers the entire country, it’s criminal jurisdiction is however limited to the division where the alleged crime was committed and held that the Kano Division of the court ought to have heard and determined the matter and subsequently set aside the decision of the trial court as well as that of the Court of Appeal which had earlier upheld the decision of the trial court.

The Federal Government had on July 29, 2013 arraigned the three men and the companies on terrorism charges.

While Roda was convicted on counts 8 and 9 relating to conspiracy, Fawaz, his companies and Thahini were acquitted on all the counts.

Justice Adeniyi of the trial court had held that the prosecution failed to prove beyond reasonable doubts that the discharged persons are terrorists.

The judge was of the opinion that since the Hezbollah military group was not labelled a terrorist group under any Nigerian law, the court could not hold otherwise and observed that some aspects of the investigation were not properly conducted.

The Supreme Court however described counts 8 and 9 relating to conspiracy as unknown to the Miscellaneous Offences Act under which the affected charges were framed.

“Offence of conspiracy as contained in count 8 and 9 of the charge is not recognizable by the law. It is not known to the law. The proceedings of the lower court affirming the decision of the trial court is hereby set aside and the conviction and sentencing of the appellant are also set aside” the apex court held in its unanimous decision.