2 members of Casino Du Liban board of directors quit 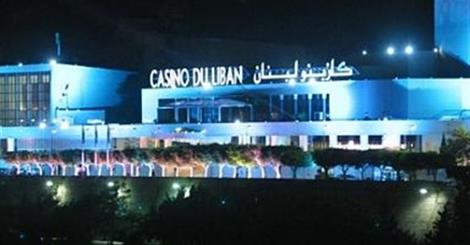 MP Simon Abi Ramia announced from Casino Du Liban on Friday the resignation of 2 board members George Nakhle and Hisham Nasser , calling their action the beginning of the end of the Casino upheaval and predicting that the board will soon collapse .

“The beginning of the end has started and we say thank you to George Nakhle and Hisham Nasser who have submitted their resignations. The board of directors is about to collapse and the employees are on the verge of victory.

There was concern that the union will be blocking all the roads around the Casino but the head of the Casino Employees Union said Friday that striking workers don’t plan to block roads or burn tires in a bid to pressure the administration to reverse its decision to fire nearly 200 employees.

“Our action is confined within the premises of Casino du Liban,” Hadi Shehwan told the Voice of Lebanon radio station. “We won’t block any roads or burn tires.”

The fired employees had staged a protest Thursday outside the casino premises in Maameltein, north of Beirut, blocking access for the second consecutive day.

On Friday, about half a dozen small tents were set up inside the casino by the workers to protest a decision announced earlier this week to fire 191 employees due to decline in revenue.

Shehwan’s remarks came in the wake of failure to reach a compromise with Lebanon’s labor minister over the mass layoff in Lebanon’s only casino.

“We call on the people of Kesrouan to come down to the casino to support us because there is a conspiracy to shut down the casino.”

On Thursday head of the Casino Games Employees Union Jack Khoueiry said that Casino du Liban’s employees and the union were set to meet to discuss forthcoming measures.

The union Thursday met with Labor Minister Sejaan Azzi, who said at a news conference earlier that efforts were being directed at “finding a solution and not aggravating the problem.” He expressed hopes that a “peaceful resolution” could be reached.

Casino du Liban board said that it would not back down on its decision since employee absences and low productivity has led to a decline in financial revenues.

MP Simon Abi Ramia criticized the move as an “arbitrary” measure and urged the Central Bank governor to revoke the decision.

In a news conference Abi Ramia said that reform should start with the resignation of the gambling center’s administration and not with the firing of 191 employees.

Fired employees said corruption, political favoritism and embezzlement are to blame for the decline in the casino’s revenues and urged Labor Minister Sejaan Azzi and Central Bank Governor Riad Salameh to reinstate them.

Jack Khoueiry, head of the Casino Games Employees claimed Tuesday that close to half of the 191 employees were fired unjustly. “Around 100 of these people have been impacted unfairly by this decision,” he said.

“We are concerned for those who do not have other jobs outside the casino and the union will stand behind them,” he said.

The An-Nahar newspaper reported that the fired employees would receive $11 million worth of indemnities, whereby each employee would be paid 12 to 36 times his most recent salary.

Azzi promised Wednesday to follow up closely on the casino’s expected reforms. “Reform measures at Casino du Liban should be comprehensive. While it is unacceptable to dismiss productive employees, it is also necessary to lay off staff members who fail to assume their responsibilities,” he said.

Azzi made his remarks following a meeting with Hamid Kredie, chairman of Casino du Liban.

Update:
Following his arrival at the Casino , Labor Minister Qazzi proposed launching 15-day negotiations as of Tuesday between the casino’s board of directors and the dismissed employees, during which all decisions would be frozen, including the dismissal decision, and the casino would resume its operations.

Qazzi told the striking employees : “No one can say that the decision cannot be reversed … All things can be reconsidered.”

Qazzi told the striking dismissed employees: “You are not only paying the price of the board of directors’ decisions, but also that of the politicians’ decisions.”