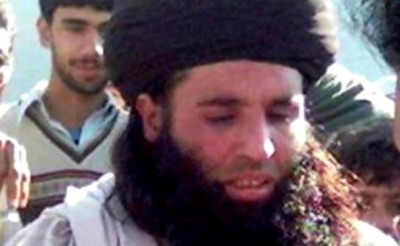 The US today designated Maulana Fazlullah, the chief of the Pakistani Taliban, as a global terrorist and slapped sanctions against him.

Tehrik-e-Taliban Pakistan (TTP) had claimed responsibility for the December 16, 2014 attack on an army school in Peshawar that resulted in the deaths of at least 150 people, mostly children.

The announcement came hours after US Secretary of State John Kerry asked Pakistan to target all terror outfits like the Lashkar-e-Taiba, Taliban and the Haqqani Network that pose a threat to itself, neighbours like India and to the US.

As a result of this designation, US nationals are prohibited against engaging in transactions with Fazlullah.

The Department of State designated TTP as a Foreign Terrorist Organisation and a Specially Designated Global Terrorist on September 1, 2010.

Prior to becoming the leader of TTP, Fazlullah claimed he was behind the killing of Pakistani Army Major General Sanaullah Niazi in September 2013, as well as ordering the shooting of schoolgirl and activist Malala Yousafzai in 2012.

Fazlullah was responsible for the beheading of 17 Pakistani soldiers after an attack in June 2012 and also ordered the targeted killings of elders who led peace committees against the Taliban.