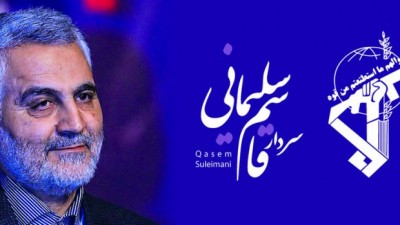 Gen. Qassem Suleimani, commander-in-chief of the Iranian Revolutionary Guards’ elite Al Quds Brigades, and senior officer of Iranian forces in Iraq, was seriously injured in a targeted attack by an ISIS suicide squad, according to Israeli website DEBKAfile, citing reports from military and intelligence sources in the Gulf.

The attack reportedly took place near Samarra in central Iraq, after agents of the Islamic State of Iraq and Syria managed to infiltrate his command staff and get close enough to their target before blowing themselves up. The date of the assassination attempt has not been revealed.

Suleimani was rushed to hospital in Tehran, according to the report

According to a report by the Associated Press Suleimani has become the de facto leader of Iraqi Shiite militias that are the backbone of the fight against ISIL.

Iran’s sphere of influence extends to neighboring Syria, where it has stood by President Bashar Assad’s regime against the mostly Sunni opposition, and to Lebanon, where its main proxy, Hezbollah, is that nation’s most powerful group. Also, the Shiite Houthi rebels’ takeover of parts of Yemen in recent months has raised concerns of Iranian influence there.

The signs of Iran’s weight in Iraq are many. The prime minister, the Sunni parliament speaker and other top politicians have visited Tehran.

On billboards around Baghdad, death notices of Iraqi militiamen killed in battle are emblazoned with images of Iran’s late spiritual leader Ayatollah Ruhollah Khomeini, and his successor, Ayatollah Ali Khamenei. Last month, an unprecedented number of Iranians — estimated at up to 4 million — crossed into Iraq to visit a revered Shiite shrine south of Baghdad for a major holy day. Visa charges for the Iranians have been waived.

The two countries keep their military cooperation relatively quiet in public. Iran occasionally publicizes the death in battle of one of its senior officers in Iraq or speaks of its “advisory” military role. Iraq’s state media don’t mention Iranian military involvement. Paradoxically, they do publicize airstrikes by the U.S.-led coalition or the arrival of American advisers.

An Iraqi government official revealed to the associated Press that over the past year, Iran sold Iraq nearly $10 billion worth of weapons and hardware, mostly weapons for urban warfare like assault rifles, heavy machine-guns and rocket launchers, etc.

Suleimani, the Iranian general, has spent much of the past seven months on Iraq’s front lines, leading militias and coordinating tactics with government forces.

A fluent Arabic speaker, the 58-year-old has reportedly been nicknamed the “living martyr” by Iran’s Khamenei.