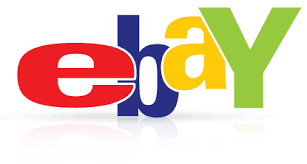 Online entrepreneurs are cashing in on the carnage in Paris.

Wednesday’s not-yet-released copy of French satirical magazine Charlie Hebdo is fetching $600 asking prices on eBay as millions hope to get their hands on the commemorative edition, the first to come out after eight staffers and four others were slaughtered.

Others are selling past issues of the weekly on eBay, including the controversial edition from September 2012 that featured images of a naked Muhammad inside its pages.

Among the 4,254 items relating to a “Charlie Hebdo” search on eBay are T-shirts, coffee mugs, pens and stickers, nearly all emblazoned with the “Je Suis Charlie” (‘I am Charlie’) slogan that has swept its way worldwide after the murders last Wednesday.

Charlie Hebdo will print 3 million copies of Wednesday’s issue — 50 times more than its usual 60,000 — in 16 languages. Last week, the magazine promised 1 million copies, but upped the number due to international demand. Editor in chief Gerard Biard on Tuesday thanked all the newspapers new fans and subscribers, including celebrities Arnold Schwarzenegger and George Clooney, who mentioned the mag during his moving Golden Globes speech Sunday.

And everyday fans are already eager to get their hands on the special edition.

Some eBay users are preselling copies, promising to ship the publication when it comes out on Wednesday. One ongoing auction attracted 35 bids and a top price of $202.50 on Tuesday morning. Another seller asked for $500 in exchange for a copy.

The cover shows a crying, frowning cartoon of the Prophet Muhammad holding a “Je Suis Charlie” sign under the French words for “All is Forgiven.”

In New York, Albertine Books, a bookstore tucked inside the Cultural Services of the French Embassy on Fifth Ave., could have copies.

A woman who answered the phone said the shop might get a shipment in — but the Wednesday edition will likely hit stands on Friday, if at all.