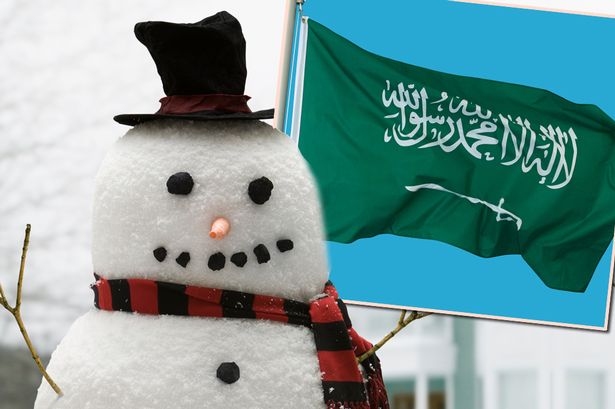 A prominent Saudi Arabian cleric has caused a stir by declaring the building of snowmen as anti-Islamic.

After a snowstorm hit northern Saudi Arabia this week, a religious website asked Sheikh Mohammed Saleh al-Munajjid if it was acceptable for fathers to build snowmen for their children, Reuters reports.

“It is not permitted to make a statue out of snow, even by way of play and fun,” Sheikh Munajjid said.

Sheikh Munajjid, quoting Muslim scholars, argues that the building of snowmen creates an image of human beings — an action viewed as sinful under Saudi Arabia’s interpretation of Sunni Islam.

The decree drew mixed responses on Twitter, where users were posting in Arabic and identifying themselves with Arab names.

“They are afraid for their faith of everything … sick minds,” one user wrote.

“It (building snowmen) is imitating the infidels, it promotes lustiness and eroticism,” another user wrote. “May God preserve the scholars, for they enjoy sharp vision and recognize matters that even Satan does not think about.”