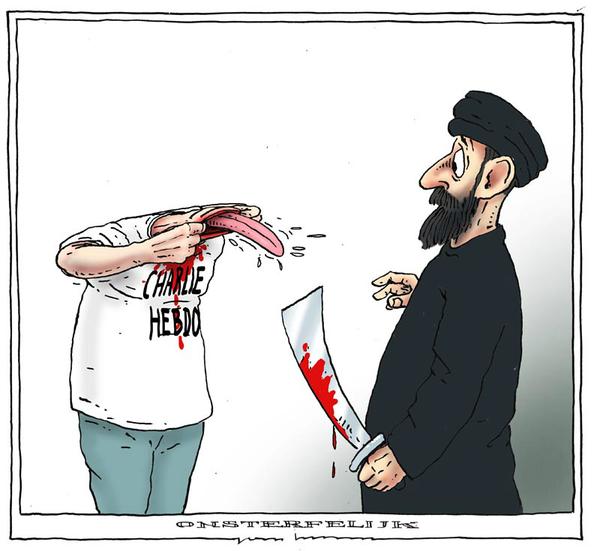 France must review its policy towards the Middle East and the Muslim world following the deadly attack on the Charlie Hebdo satirical magazine in Paris, Iran’s press said on Thursday.

Several newspapers in the Islamic republic linked the attack to France’s support for Syria’s armed opposition and its participation in the international coalition waging air strikes against the Islamic State in Iraq and Syria (ISIS) extremist group.

France “is tasting the bitter medicine of its support for terrorism,” said the conservative daily Resalat, which criticised the “neglect” of French security forces who “remained indifferent to the growing activities” of extremist groups.

The reformist newspaper Ebtekar said that the rise of ISIS, “which appears to be the result of the military actions of Western governments in Islamic countries, have given birth to the bloodiest terrorist operations.”

The reformist Shargh newspaper called on the United States and Europe “to review as quickly as possible their policies towards the Middle East and the Islamic world”.

It said it was possible that the cartoons of the Prophet Muhammad, which triggered a wave of violence in the Arab-Muslim world in 2005 and 2006, “can give an excuse for terrorists to carry out horrific acts on the behalf of Islam”.