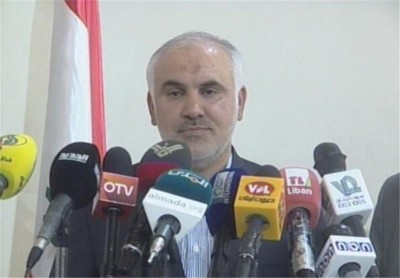 “Iran in principled is against all intervention in Lebanese internal affairs, especially that Lebanon is able, through its political elite, parties and movements, to deal with its internal challenges independently ,” Fathali said following his meeting at Gemayel’s residence in Bekfaya.

The Lebanese parliament failed on Dec 10 and and for the 16th time in a row to elect a president to replace Michel Suleiman whose term ended on May 25.

As in the past sessions the parliament was unable to reach a quorum because the MPs of the Iranian backed Hezbollah militant group and and its ally Michel Aoun boycotted the sessions.

Gemayel’s name has also been mentioned as a consensus alternative.