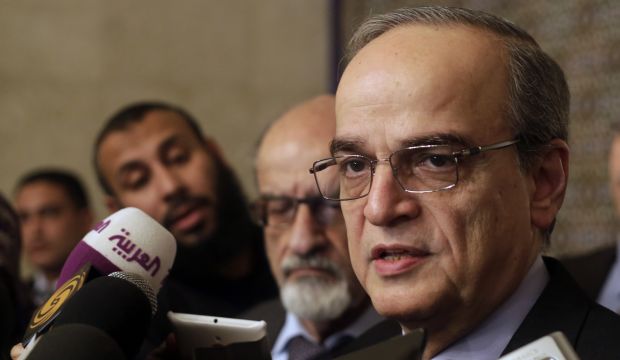 Confusion continues over a prospective meeting between the Syrian opposition and the Bashar Al-Assad regime in Moscow, with the Syrian National Coalition set to discuss attending the peace talks in Cairo on Friday.

Despite the invitations, observers believe that the figures could refuse to attend the Moscow talks despite the Coalition earlier seeming receptive to the Russian initiative after Moscow took the decision to invite specific individuals, rather than dealing with the Coalition as an organization. Figures from within the Coalition have warned that senior members attending talks with the Assad regime under these circumstances could harm the position of the organization as a whole.

In comments to Asharq Al-Awsat, Badr Jamous warned against the lack of preparation for the Moscow summit. “We expect this to be nothing more than a press conference that will not succeed. We told the Russian consul-general that we would prefer to postpone it, particularly as we are in the middle of attempts to bring together different views within the Syrian opposition to emerge with a joint document that we can put on the table in any future negotiations with the regime,” he said.

Jamous said that while no formal decision has yet been made, it is unlikely that the five senior Syrian opposition members will agree to attend the Moscow talks under these circumstances. “We do not need to attend any more failed conferences,” he toldAsharq Al-Awsat.

Meanwhile, Abdulahad Astepho, who also received an invitation to attend the Moscow talks, said that he had a number of reservations about attending the meeting, not least that the talks lack any clear framework or objective.

In fact, the Syrian National Coalition could see its position harmed by agreeing to attend a meeting without a clear vision or objective, he added. Astepho called on Moscow to demonstrate its good will before any meeting, by pressuring the Assad regime to stop its barrel bomb campaign or release political prisoners.

A high-level French official, speaking to Asharq Al-Awsat on the condition of anonymity, described Russia’s initiative to hold talks between the Syrian regime and the opposition as being “ambiguous and lacking in clear vision.”

The French official, who is directly involved with Paris’s diplomatic efforts towards the Syrian crisis, criticized the Russian initiative, saying that Moscow had failed to provide “real guarantees” that it would pressure the Assad regime to implement any agreements. “There is also a lack of practical vision towards the transitional phase and no political solution can be secured without this,” the official said.