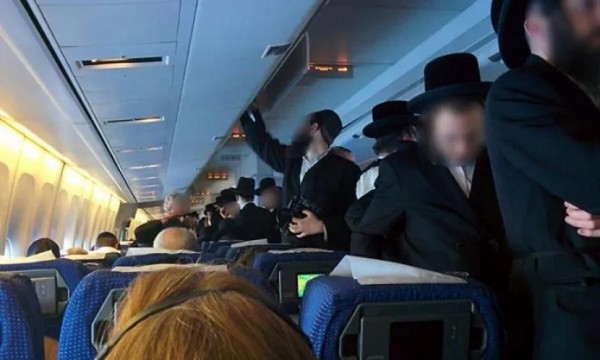 A Delta Airlines flight from New York’s JFK Airport to Israel was delayed by half an hour when a group of ultra-Orthodox Jewish men refused to sit next to female passengers.

Delta Flight 468, bound for Tel Aviv’s Ben Gurion Airport, was reportedly held up due to several Haredi passengers refusing to to sit in their assigned seats, which were in between two women.

The delay was prolonged when the two female passengers involved reportedly refused to move to accommodate the men’s request, claiming discrimination.

According to Israel Radio, the stand-off was eventually resolved when an American traveling to Israel offered to change seats.

Ultra-Orthodox Jews cannot touch members of the opposite sex unless they are close relatives or a spouse.
It is not the first time an international flight has been delayed due to issues about seat arrangements.

In September, passengers flying with Israeli airline El Al from New York reported a delay when Haredi passengers refused to sit next to women and reportedly went as far as offering them money to move.

Fellow passengers reported men standing in the aisles and refusing to take their seats on the flight to Israel, which was due to land in time for the Jewish New Year.

Amit Ben-Natan, a passenger who was on board the plane, said: ‘People stood in the aisles and refused to go forward.’ 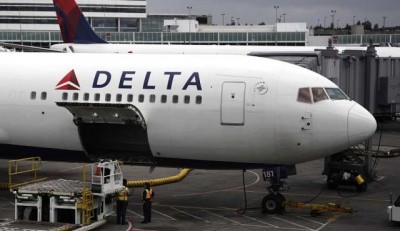 ‘Although everyone had tickets with seat numbers that they purchased in advance, they asked us to trade seats with them, and even offered to pay money, since they cannot sit next to a woman. It was obvious that the plane wouldn’t take off as long as they keep standing in the aisles.’

Passengers claimed that despite the El Al flight crew informing travelers that they did not have to agree to switch, the plane’s captain announced the flight would not be going anywhere until everyone was seated.

Once the flight had departed, one passenger claimed the ultra-Orthodox traveller sat beside her stood in the aisle for the journey rather than return to his assigned seat.