The old Turkey does not exist anymore, Erdogan tells EU 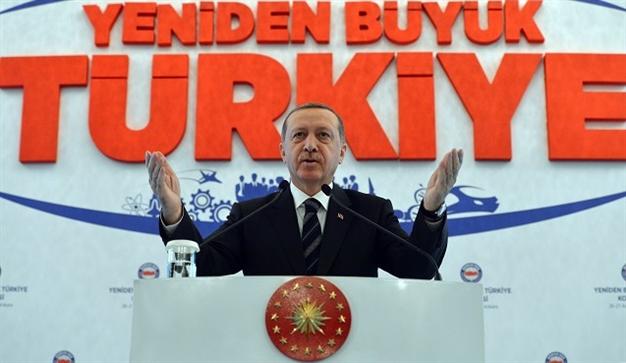 Turkey has the freest press in the world, President Recep Tayyip Erdoğan said Dec. 26, brushing off accusations that media freedoms were being eroded under his rule.

“Nowhere in the world is the press freer than it is in Turkey. I’m very sure of myself when I say this,” he said in a televised speech to a conference in Ankara.

“The press is so free in Turkey that one can make insults, slanders, defamation, racism and commit hate crimes that are not tolerated even in democratic countries.”

“I’ve personally experienced this, so has my family,” he added.

Turkey was the world’s top jailer of journalists in 2012 and 2013, ahead of Iran and China, according to the international Committee to Protect Journalists, before improving to tenth place this year.

Erdoğan has blamed Gülen for concocting stunning corruption allegations that emerged last year concerning ministers and his own inner circle that also touched his own son Bilal.

The remarks also coincided with the release pending trial of a 16-year-old schoolboy who was controversially arrested on charges of insulting Erdoğan by accusing him of being the “chief of corruption.”

But Erdoğan said: “You cannot insult them (his family) like this in any other country. There is no limit to the insults (we receive). You cannot run such headlines in Europe or the US.”

“Europeans accuse us as if such things never happen in their countries. No one raises their voice when journalists are detained in Europe.”

He launched another bitter attack on the European Union, the latest episode in a bitter row that erupted with the EU’s criticism of the raids on opposition media.

“We are not the scapegoats of the EU,” said Erdoğan.

“We are not a country that Europe can criticise, wag its finger at and scold without them looking in the mirror themselves.”

“Those days are over. The old Turkey does not exist anymore,” he added.

The slanging match with Brussels has dealt a new blow to Turkey’s long-running bid to join the 28-member bloc, but analysts believe it has not yet been written off.