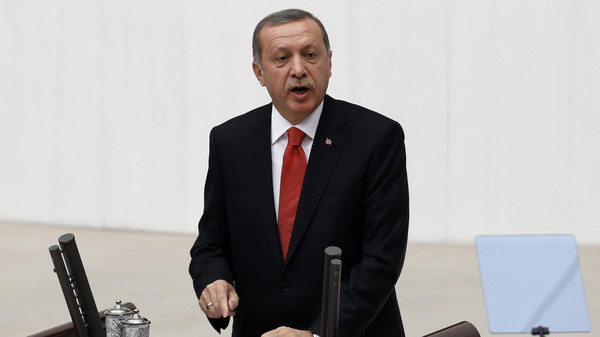 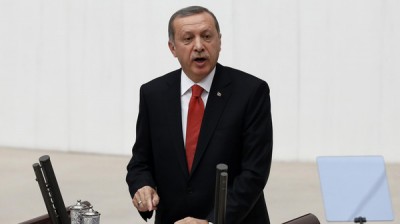 Turkish President Tayyip Erdogan has described birth control as a form of “treason,” saying it threatened the country’s bloodline.

Erdogan urged a newly married couple at their wedding late on Sunday to have at least three children to help boost Turkish population figures, a common refrain from the president, who worries a declining birth rate may undermine economic growth.

“For years they committed a treason of birth control in this country, seeking to dry up our bloodline. Lineage is very important both economically and spiritually,” he told the couple after serving as their witness at the wedding. A video of the speech was posted on the mainstream Radikal news website.

Last month, Erdogan, a devout Muslim, said it was unnatural to consider women and men equal and said feminists did not understand the importance of motherhood. In 2012, he sought to effectively outlaw abortion, but later dropped the plan amid a public outcry.

Erdogan regularly faces criticism for an authoritarian style of rule after 11 years in power.

Turkey’s population growth has been slowing in recent years and the live-birth rate hovered at 2.07 percent last year, according to official statistics.