Sony chief fires back at Obama says “the president, the press and the public are mistaken” 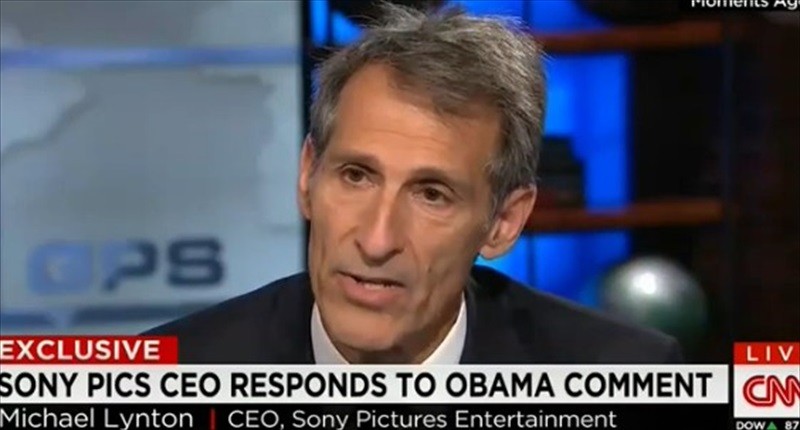 Sony Entertainment CEO Michael Lynton, denying that the studio had “caved” by scrapping next week’s opening of “The Interview,” fired back Friday after President Obama said the studio had “made a mistake.”

In an interview with CNN’s Fareed Zakaria, Lynton also reopened the door to a future release of the controversial comedy, saying the company is considering some sort of release on the Internet.

Sony followed up on Lynton’s remarks with a statement that read, in part, “It is still our hope that anyone who wants to see this movie will get the opportunity to do so.”

The company declined to comment on whether any distributors have agreed to help the company with that.

In his CNN interview, Lynton said “the president, the press and the public are mistaken” about what actually led to Sony’s decision to shelve the “The Interview.”

“We do not own movie theaters,” Lynton said. “We cannot determine whether or not a movie will be played in movie theaters.” (Watch the entire interview on “Fareed Zakaria GPS” Sunday at 10 am or 1 pm.)

Lynton said he would be “fibbing” to say he “wasn’t disappointed” in Obama’s remarks.

“I don’t know exactly whether he understands the sequence of events that led up to the movie not being shown in the movie theaters,” Lynton said. “Therefore I would disagree with the notion that it was a mistake.”

Obama: Sony made a ‘mistake’ 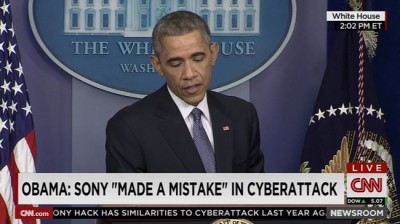 The president said that pulling the film could set a dangerous precedent.

The press conference came after the FBI confirmed Friday that North Korea was behind last month’s cyberattack that caused a devastating breach of Sony’s data.

Earlier this week, Sony canceled the film’s Christmas Day release after major movie chains pulled out one day after a threat by the hackers invoking September 11th. The hackers then sent a message to Sony executives saying they had made a “very wise” decision not to show the movie.

In Friday’s CNN interview, Lynton went on to say that Sony had not “caved” to the hackers.

“We have not given in. And we have not backed down. We have always had every desire to have the American public see this movie,” Lynton said.

Since the cancellation on Wednesday, many have speculated that Sony could release the film online. The company owns an online video site called Crackle, though it is only ad-supported and does not have the capability to charge subscriptions, an option Sony almost certainly wants so that it can recoup some of the costs of the movie.

Lynton told CNN that Sony had “a number of options open to us and we have considered those and are considering them.”

But he also said that no “major video on demand distributor” has been “willing to distribute” the film. “We don’t have that direct interface with the American public, so we need to go through an intermediary to do that.”

Lynton’s comments were the first public confirmation that Sony had, indeed, pursued a digital release.

Sony’s statement later on Friday said that after the theaters rejected the film, “we immediately began actively surveying alternatives to enable us to release the movie on a different platform.”

“It is still our hope that anyone who wants to see this movie will get the opportunity to do so,” the statement said.

Netflix, one obvious possibility, declined to comment on any talks with Sony on Friday afternoon.

Other potential distributors did not immediately respond to requests for comment.