Hamas celebrates its removal by EU court from terror list, but Israel is angry 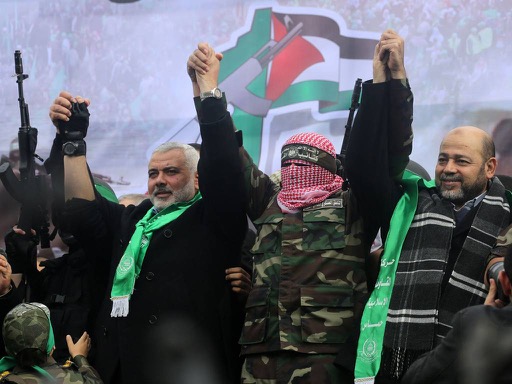 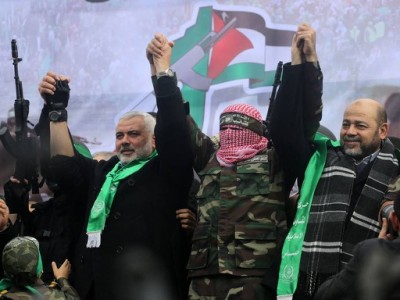 Senior officials from Israel and the Palestinian territories have reacted to the announcement that the General Court of the European Union has annulled the EU’s decision to keep Palestinian group Hamas on their blacklist of terror organizations.

Hamas official Izzat al-Rishq celebrated the decision, saying: “The EU court ruling is a legal victory for Palestinian rights and is amending an injustice done to Hamas.”

Hamas spokesman Fawzi Barhoum hailed the ruling as a victory for the Palestinian nation and for the rights of all Palestinians.

Israeli officials on the other expressed their anger at the announcement. Israeli Prime Minister Benjamin Netanyahu said the country was “not satisfied with the EU’s explanations that taking Hamas off the terror list is a ‘technical matter’.”

“The burden of proof falls on the EU, and we expect it to permanently return Hamas to the list, so everyone will understand that it is an inseparable part of it — Hamas is a murderous terror organization that emphasizes in its charter that its goal is to destroy Israel,” he said in a statement.

“The morality in The Hague: kill Israelis – and receive a state,” he said. “The Europeans must believe that their blood is holier and Israeli blood is cheap.”

“In Europe they must have forgotten that Hamas kidnapped three boys and fired thousands of rockets last summer at Israeli citizens.”

In further reaction to the decision, one diplomatic official told the Jerusalem Post that the entire debate over the status of Hamas was “absurd in the extreme”.

“It was just last month that you had the vicious, brutal attack at the Har Nof synagogue [in Jerusalem] that received wall-to-wall condemnation around the world,” he said.

“Hamas openly celebrated the atrocity and called for more such attacks. Hamas has proven that it remains a hardcore terrorist organization.”

The European Union’s second highest court annulled the bloc’s decision to keep the Palestinian militant group on a list of designated terrorist organizations but said that a funding freeze would be upheld for three months or until an appeal is closed.

The decision was based on “factual imputation derived from the press and the internet” and not on an examination of Hamas’s previous actions, judges found.

Hamas rules the Gaza Strip after winning a 2006 election against the rival Fatah party, and fought against Israel alongside the Islamic Jihad militant group in the seven-week summer war against Israel this year.

It is designated as a terrorist organization by Israel, the United States and several other nations because of its attacks against Israelis and the call for the destruction of Israel in its founding charter.

Supporters of Hamas believe that the group is not a terror organization but a legitimate resistance movement which fights against the Israeli occupation they deem to be illegal.