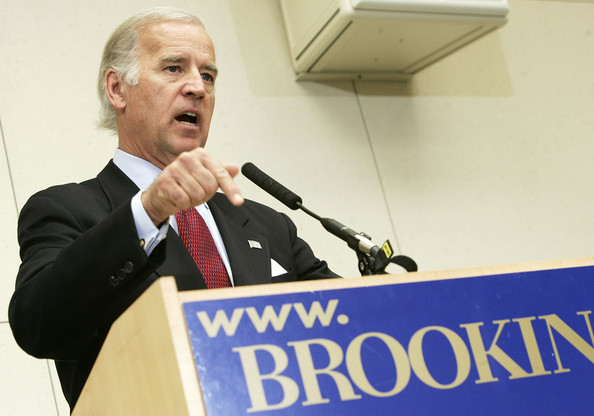 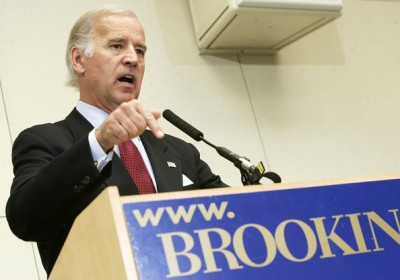 US Vice President Joe Biden called on Israel to stop the demolition of homes of militants’ families, which he described as “collective punishment.”

Biden also criticized expansion of Jewish settlements “in the West Bank and East Jerusalem” and called on the government to do more to stop “vigilante justice” attacks against Palestinians.

Appearing at the Brookings Institution’s Saban Forum, he focused on US support for Israeli security and said that the Obama administration had provided Israel with over $17 billion in aid since it came into office six years ago, including $1 billion for the Iron Dome anti-missile system.

Biden included in his speech lavish expressions of love and support for Israel and for Prime Minister Netanyahu “although we drive each other crazy.” He said

Addressing the Iranian nuclear talks he estimated that the chances for an accord were “less than even” and insisted that a “good deal” that would make the world safer is entirely possible.

According to Israeli professor Yossi Mekelberg ” in the occupied West Bank and the blockaded Gaza, Palestinian’s rights are constantly and continuously violated. Beyond the green line there is no trace of Israeli democracy, only a very harsh occupation. A source of particular concern is the implementation of collective punishment policy by the Israeli security forces, on the Palestinian population in contravention of international law.”

He added in a recent article :”The phenomenon is taking place not only as a specific response to Palestinian militants’ attacks on Israeli targets. It is a daily occurrence aimed to deter the population from any form of resistance out of fear and to ensure the security (not to mention control of the territories) of Jews at the expense of Palestinians’ basic rights.”

The last few weeks witnessed the return of the Israeli practice of collective punishment, especially house demolitions, of entirely innocent Palestinians, for acts, deplorable as they might be, that were carried out by others.

Mekelberg says the” Israeli government argues that house demolitions, as other forms of collective punishment, are actually not punishments but aim to deter others from carrying out similar attacks on Israelis. However, there is no evidence that collective punishment deters would be assailants.”

Mekelberg concluded that ” the demolition of houses of the families of Palestinians, who killed Israelis in terror attacks, can only be regarded as an act of punishment and revenge.”