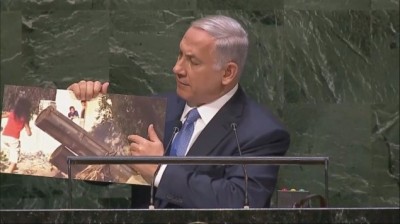 Israel appeared to be headed on Tuesday toward an early election after right-wing Prime Minister Benjamin Netanyahu and his major centrist coalition partner failed to patch up differences.

Netanyahu’s government, which is dominated by the right and came to power early last year, has been unraveling over a range of issues including the 2015 budget. He said on Monday he would go to the polls unless rebellious ministers stopped attacking government policies.

A new mandate could give Netanyahu more leeway domestically to pursue his settlement policies on occupied land Palestinians seek for a state and a controversial bill to declare Israel the Jewish nation-state, legislation critics see as discriminating against the country’s 20-percent Arab minority.

The most powerful coalition rebel, centrist Finance Minister Yair Lapid, mentioned elections on Tuesday after failing to win a budget deal in a late-night session with Netanyahu.

Zeev Elkin of Netanyahu’s Likud party said it would likely back an opposition motion to dissolve parliament, expected on Wednesday.

That would throw lawmakers into several days of discussions on an election date. Parliament would then dissolve itself next week, with the government staying on until a new one is sworn in.

The political turmoil comes at a difficult time for Israel economically, with next year’s budget not agreed and growth slower in the wake of the July-August Gaza war.

Political adversaries accused Netanyahu of engineering the crisis – the next election is not due until 2017 – so he can oust centrists and win votes back for Likud from far-right coalition partners.

A backroom deal with two ultra-Orthodox Jewish parties could let him reshape his coalition without an election, or form a government without centrist parties if one is held.

An opinion poll in the left-leaning Haaretz newspaper on Sunday showed that while Netanyahu’s approval rating slipped to 35 percent, compared with 42 percent at the end of the Gaza war, he was still Israelis’ preferred candidate.

His dispute with Lapid is over the finance minister’s proposal to eliminate value added tax on the purchase of first homes.

Some economists say the plan would raise housing prices by increasing demand. Netanyahu has balked at Lapid’s blueprint, which opponents say would cost the government 3 billion shekels ($757 million) to finance.