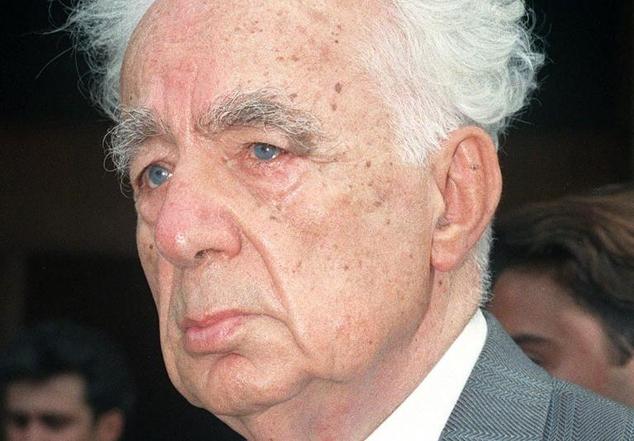 Lebanese will bid farewell on Tuesday to Said Akl a Lebanese poet, writer, playwright and language reformer, who considered one of the most important modern Lebanese poets.

Akl was a staunch advocate of Lebanese identity and nationalism and the Lebanese language. He designe a Latin-based “Lebanese alphabet” made up of 37 letters. His writings include poetry and prose both in Lebanese dialect and in classical Arabic language. He has also written theatre pieces and authored many popular songs and pan-Arab anthems.

Akl was born on July 4, 1912 to a Christian Maronite family in the Bekaaa city of Zahlé, Lebanon. After losing his father at the age of 15, he had to drop out of school and later worked as a teacher and then as a journalist. He then studied theology, literature and Islamic history, becoming a university instructor and subsequently lecturing in a number of Lebanese universities, educational and policy institutes.

After leaving the Syrian Social Nationalist Party, Akl became one of the leaders of the Guardians of the Cedars, a radical nationalist political party created during the Lebanese Civil War .

Considered one of the most notable modern Lebanese poets, Akl wrote in Arabic and French. His poetical works include “The Jasmine Bells,” “Poems from Her Notebook,” “Like Pillars,” and “Carving in Light.”

Legendary Lebanese singer Fairouz sang more than a dozen of his poems such as “Roddani Ila Biladi” (Take Me Back to my Country), “Ghanaytu Mekka” (I sang to Mekka), “Ummi ya Malaki” (My Mother, My Angel), and “Kara’tu Majdaka” (I Read your Glory).

Akl wrote three plays in poetic form, “The Daughter of Jephthah,” “The Magdalena” and “Cadmus,” and also published prose that includes “Loubnan in Haka” (If Lebanon Were to Speak).

He founded a newspaper called Lebnaan (Lebanon in Arabic) and wrote poems such as “Yara” in his alphabet.

While publicly despising anything Arab, he was an innovative Arabic-language poet and master lyricist of songs that became favourites among Arab nationalists.

The information on Akl’s Coffin was leaked by social media such as Facebook and twitter . The  coffin was designed and created by sculptor , painter and poet Rudy Rahme. It is made of a Lebanese rock and a 3000 year old Cedar tree that was uprooted by a storm in 1983. Engraved in the wood  are the names of all Akl’s books .