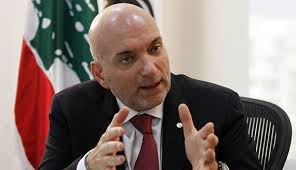 This is reportedly inline with the campaign led by Health Minister Wael Abou Faour who has been shutting down violating restaurants and institutions.

“These factories committed serious, first degree violations that directly affect the health of citizens as shown by tests and analyses,” Hakim said in comments published in As Safir newspaper on Tuesday

“I am obliged to shut down these factories and name them as per the law, especially after the owners ignored warnings to rectify the conditions of the factories,” the minister added.

The minister named the violating factories that will be affected as: Laqlouq Labneh, Qaisar, Massabki, Center Jdeita, Shtaura Dairy products and Hawa Dairy.

“We also took measures against several other institutions that violated the administrative work.” he said

Hakim also said in comments to al-Liwaa newspaper that Prime Minister Tammam Salam and his cabinet are keen to preserve the ministerial solidarity regarding the food safety case.

“It became the policy of the cabinet and not one minister.”

Minister Abou Faour told As Safir that he is optimistic over Hakim’s endeavors to end violations.

“I am glad that my fellow ministers are now convinced over the importance of the food safety campaign and began implementing it,” he noted.