Putin says he will not remain Russia’s president for life 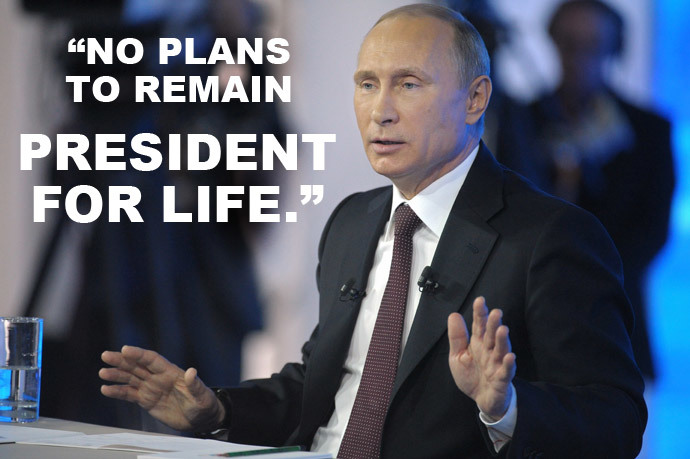 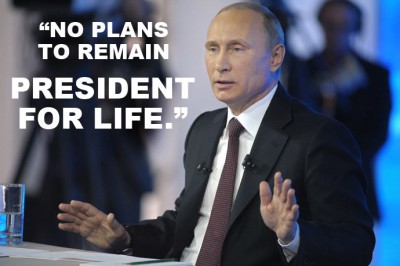 Vladimir Putin says he will not remain Russia’s president for life, but will step down in line with the Russian constitution.

Putin did not rule out running for a fourth term in 2018, which would extend his time in office through 2024. He said staying beyond that, however, would be “detrimental for the country.”

Putin, who is 62, has effectively led Russia since he was first elected in 2000. He stepped aside after two four-year terms to abide with constitutional term limits, retaining power as prime minister. He was re-elected in 2012 for a new, now six-year term.

Speaking in an interview with the Tass news agency released Sunday, Putin said he would decide whether to run in 2018 depending on the situation in the country and his “own mood.”