The Struggle to Erase Saudi Extremism 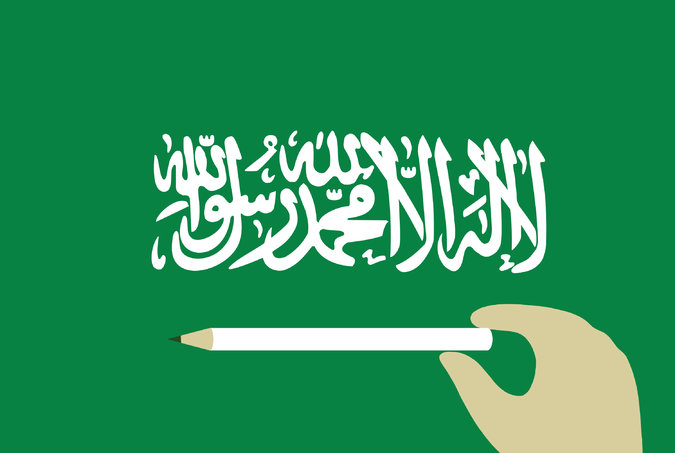 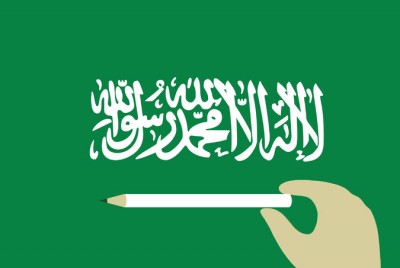 The rise of the Islamic State has once again turned the spotlight on Saudi Arabia, which is accused of supplying the theological foundation of the movement’s brutal ideology, as well as many of its fighters and funders.

The kingdom faced similar criticism in 2001 after 15 of the 19 hijackers in the 9/11 terrorist attacks were found to be Saudi. As a result, when King Abdullah ascended to the throne four years later, he established the Financial Investigation Unit to halt terror financing and cracked down on extremist rhetoric in the mosque. But the heart of his campaign against extremism was a major revamp of the nation’s education system.

Almost a decade later, it is apparent that, however laudable, Saudi reforms have not gone far enough. More critically, it is clear that fighting extremism through education reform is insufficient. More needs to be done to confront the Islamic State — a clear and present danger to the country’s survival as well as to its assertion that Islam is a compassionate and peaceful faith.

For decades, Saudi education was controlled by religious conservatives who promoted a narrow-minded brand of Islam. Graduates tended to be incurious and lacking the skills to modernize Saudi society and its economy.

To change this outcome, Abdullah expanded the number of Saudi universities from 8 to 25. He closed conservative teachers colleges, and improved teacher training to encourage critical thinking over rote learning. Math and science instruction was increased. Some, but not all, bigoted language was removed from religious textbooks. And an emphasis was placed on Islam being a “moderate” religion. Hundreds of teachers who propagated extremist ideas were fired.

The crown jewel of Abdullah’s education reform is the overseas scholarship program that since 2005 has sent thousands of young Saudis abroad to study everything from English to engineering. Today more than 125,000 Saudis are studying in about 30 countries, more than 70,000 of them in the United States. Not only did the king want Saudis to acquire useful job skills, he also wanted their minds opened up by experiencing foreign cultures and modern societies.

These educational reforms, which included new emphasis on science, technology, engineering, medicine and math, are impressive. Indeed, they stand out in the Arab world. But Saudi students still do not get a good grounding in history, economics or comparative analysis. During our years living in the kingdom, we heard some young Saudis say they did not know there had been a World War I or II. Comparative religion, political theory and philosophy are not taught. Indeed, for some Saudi educators, these are dangerous subjects.

Certainly religious attitudes among young people are shifting, though this may be due as much to Internet access as to education reforms. In a recent study of youth attitudes, one of us found that young Saudis are more willing than their parents to explore other versions of Islam, and are more skeptical of religious edicts from official clerics. Many youths express a desire for less enforcement of religion and greater interest in Islam’s diversity. Women particularly say they want to delink Islam from Saudi cultural norms that discriminate against women.

A George Washington University grad student, Nouf Al Sadiq, argued in a recent essay that schools in her home country need to do more to promote religious tolerance. “It doesn’t have to be an ‘us’ versus ‘them’ battle or a battle between Muslims and Infidels,” wrote Ms. al-Sadiq. “In fact, there doesn’t have to be a battle against anyone.”

But the reality is that young Saudis don’t emerge from school into an environment where there is freedom to debate the issues that convulse Islam today. In fact, it’s quite the opposite. Reports abound: Saudi clerics often preached hatred and intolerance against Muslim minority sects, particularly Shiite. Saudi Arabia stands alone among Arab countries in prohibiting Christian or any other worship services in public. Too often, Saudis who voice concerns about religion or governance are arrested, lose their jobs or have their books banned.

This helps explain the initial reluctance among ordinary folks, as well as the clerical establishment, to publicly condemn the Islamic State. Stung by attacks on Sunnis by Iranian-backed Shiite militias in Iraq and by Hezbollah fighters in Syria, some Saudis saw the Islamic State, no matter how murderous, as a comeback for “Team Sunni.” Only after the king chided his clerical leadership for being “lazy” in not denouncing the Islamic State did they voice disapproval.

To be sure, only a small minority of Saudis — one poll estimates 5 percent — sympathize with the Islamic State. Still, that’s a large enough fringe to create a lot of violence. It needs to be more openly confronted by the rest of Saudi society and its brutal version of Islam totally discredited.

This appears to be the aim of a recent announcement that a forum for national dialogue established several years ago by the king will hold 20 public sessions focusing on a “future national vision to tackle the problem of extremism,” the Arab News has reported. This is important, for without the blessing of the leadership, Saudis will be reluctant to share their hopes and fears about the future of the state and Islam. But such a national conversation needs to go beyond extremism. It needs to discuss what Islam means in modern times, how to apply the values of Islamic pluralism, and how Islamic morality can inform political theory and economic planning.

Such a dialogue should also reverse the glorification of jihad over its intellectual counterpart, ijtihad. A commitment to ijtihad, which is the struggle to reach new understandings of Islam through reflection on its scriptures, is what made Islam an expansive faith that supported scientific research and intellectual curiosity. It is why the faithful were admonished that “the ink of the scholar is more holy than the blood of the martyr.”

Beyond this national dialogue, other actions are necessary. Abdullah should rekindle the Arab world’s devotion to the pursuit of all knowledge, make hate speech unacceptable by punishing Saudis who use it, and order state institutions to reflect tolerance for all faiths. He should also move to forge a more moderate, less sectarian clerical establishment. This is urgently needed before right-wing religious militancy becomes an even more serious issue, which may happen if combat-hardened Saudis come home from fighting with the Islamic State in Iraq and Syria. In addition, private funding for extremist causes needs greater scrutiny.

These steps could lead the region out of its downward spiral by providing a riveting example for other Arab countries. As one of Islam’s most influential leaders, King Abdullah is eminently qualified to lead such a far-reaching initiative. The peace of the region and the image of Islam await his action.

Janet Breslin Smith was chairwoman of the Department of National Security Strategy at the National War College and is the wife of a former United States ambassador to Saudi Arabia, James B. Smith.James B. Smith. Caryle Murphy, a former Washington Post reporter, is author of “A Kingdom’s Future: Saudi Arabia Through the Eyes of Its Twentysomethings.”