Iran tests replica of US drone captured in 2011 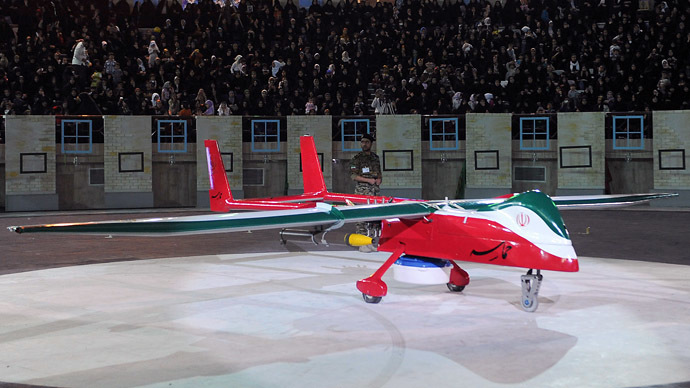 Iran has tested a reproduction of a U.S.-made drone it captured in 2011, Iranian State TV reported Monday.

There were few details available about the reconnaissance drone’s first flight, but Gen. Amir Ali Hajizadeh — the head of the aerospace division of Iran’s elite Revolutionary Guard — said the test occurred Monday and he expected a video of the flight to be released soon.

Iran claimed to have captured a U.S. RQ-170 Sentinel in eastern Iran in December 2011. The U.S. military had reported the unmanned drone lost in neighboring Afghanistan.

Tehran displayed the copy of the drone in May, saying it was able to extract valuable technology and reverse-engineer the aircraft, launching its own production line for the country’s defense system.

Iranian Supreme Leader Ayatollah Ali Khamenei said he was pleased after seeing a replica of the drone, Reuters reported.

“Today is a very sweet and unforgettable day for me,” Khamanei said in a video posted by the Tasnim News Agency.

The U.S. has said the security system in the unmanned drone made it unlikely that Iran could retrieve valuable information from it.

Iran says it has captured several American drones in recent years, including a Boeing-designed ScanEagle drone — a less sophisticated aircraft — after it entered Iranian airspace over the Persian Gulf. Tehran says it also is copying the ScanEagle and plans to put its version into service.

Iran has accused the U.S. of using drones to spy on the country’s nuclear program. The U.S. and other Western nations have long suspected Iran is secretly pursuing a nuclear weapons capability alongside its civilian program.

Tehran insists its nuclear program is entirely focused on peaceful applications like power generation and the production of medical isotopes.

The two sides are currently struggling to reach an agreement under which Tehran would curb its nuclear activities in exchange for relief from crippling international sanctions.

Iran began a self-sufficiency military program in 1992, under which it has produced everything from mortars and torpedoes to military tanks, jet fighters and light submarines.