Maalouf: Aoun’s chances of reaching the presidency lower than the devil entering the paradise 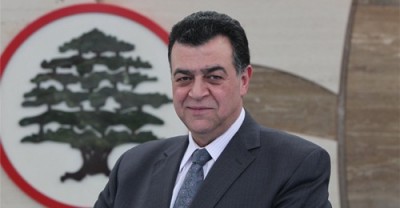 Lebanese Forces bloc member MP Joseph Maalouf told Kuwaiti newspaper   al Anbaa, in an interview  published on Monday  that “General  Michel Aoun is more aware  than ever that his  chances to  reach the presidency  are much lower lower than the  chances of   the devil to  enter the paradise, especially after Sayyed Hassan Nasrallah  announced that he is  Hezbollah ‘s  and March 8’s candidate.”

“Therefore  he either  should resort  to the language of  logic  and withdraw his candidacy in favor of a consensus candidate or fight the electoral  democratic battle for  the  majority of votes in the parliament .”

Maalouf added: “However logic dictates that he should withdraw from the  presidential race because of his failure to recognize the legitimacy of the current parliament.”