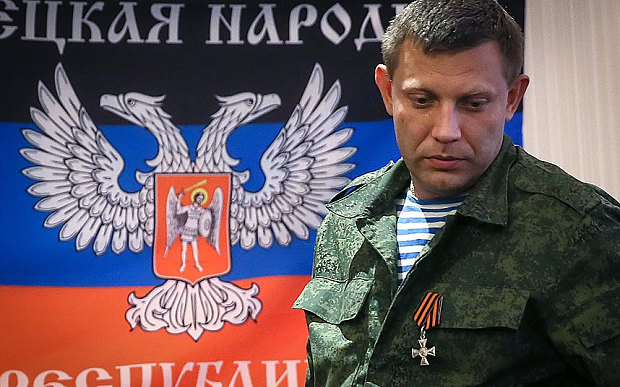 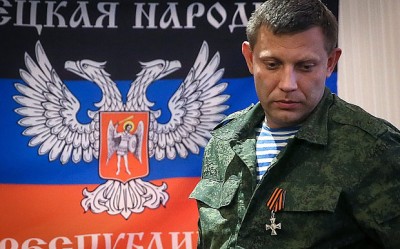 Pro-Russian separatist Alexander Zakharchenko has easily won an election for leadership of a breakaway republic in eastern Ukraine, the vote’s organisers said on Monday.

Sunday’s vote, the climax of a six-month separatist rebellion in Ukraine’s industrialised east, took place in defiance of Kiev’s pro-Western authorities and was certain to worsen the standoff between Russia and the West over the future of the ex-Soviet republic.

“The central election commission deems Alexander Zakharchenko to be the elected head of the Donetsk People’s Republic,” an election official, Roman Lyagin, told journalists in Donetsk, the separatists’ political and military stronghold in eastern Ukraine.

Zakharchenko, 38, a mining electrician-turned-rebel leader, had received 765,340 votes, Lyagin said, which appeared to represent 79 percent of the vote.

Ukraine’s pro-Western president, Petro Poroshenko, denounced the vote on Sunday night as a “farce (conducted) under the barrels of tanks and machine guns”. He said it violated a Sept. 5 agreement reached in the Belarussian capital, Minsk, which had also been signed by Russia.

The United States and the European Union also denounced the vote as illegitimate and in contradiction of the Minsk protocol. Attention will now focus on the Kremlin and how Russian President Vladimir Putin will react to the vote.

He has been urged by European leaders, including German Chancellor Angela Merkel, not to recognise the validity of the election though his foreign minister, Sergei Lavrov, suggested last week that Moscow would.

The vote deepens a geo-political crisis that began with the popular overthrow of a Moscow-backed president in Kiev last February by street protests, sparking Russia’s annexation of the Crimean peninsula the following month.

Russia went on to back the separatist revolt in the east, leading to a conflict in which more than 4,000 people have been killed.

A Sept. 5 ceasefire has brought an end to full-scale clashes between government forces and the Russian-backed separatists, though sporadic shelling particularly in the airport area of Donetsk, continues to exert pressure on the truce.

Artillery fire was heard in the direction of the airport hours after the polling stations closed on Sunday night, but Monday was generally quiet in the city center.