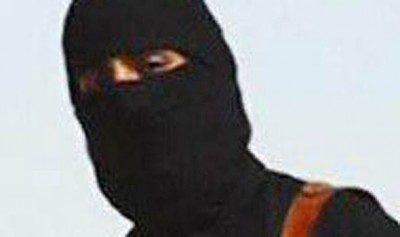 Junaid Hussain, who hails from Birmingham, United Kingdom, first came to the limelight when he hacked into the personal details of former British Prime Minister Tony Blair back in 2012. The British Jihadi is now making headlines again, by promising that he would identify the IS executioner Jihadi John in exchange of £3,000 car.

The Daily Mail reported that Hussain, 20, had told Mail on Sunday via a series of online conversations that he would provide the IS executioner’s real name and old Twitter details, which would help uncover his true identity. Hussain demanded to pay him £3,000 to buy a car that will help him move his family to Raqqa in Syria, an area over which IS has a stronghold.

The British jihadi also claimed that Jihadi John, who has executed over four US and UK hostages on camera, is of Arab origin and is a born Muslim. He also revealed that the IS executioner has been settled in Syria for ages. The Mail on Sunday has refused Hussain’s demands and has informed the Scotland Yard of his proposition.

When he was a teenager, Hussain had accessed the email account of Blair’s special adviser during his time in the office Katie Kay, and copied her contacts, including email addresses and private phone numbers of Blair, his wife, and sister-in-law, as well as contacts in the House of Lords and Parliament, reported BBC.

Hussain, who had also admitted to making hoax calls to the Metropolitan Police anti-terrorist hotline between 1 January 2010 and 14 April 2012, was the leader of Team Poison, a computer hacking group, which has claimed responsibility for more than 1,400 illegal activities.

He was given a three month sentence for each offence at Southwark Crown Court then.

Hussain, whose account has been deleted by Twitter, is still receiving much hate from the online community.