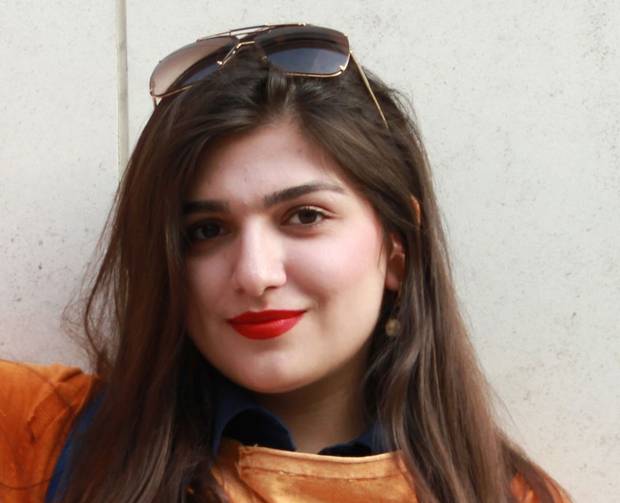 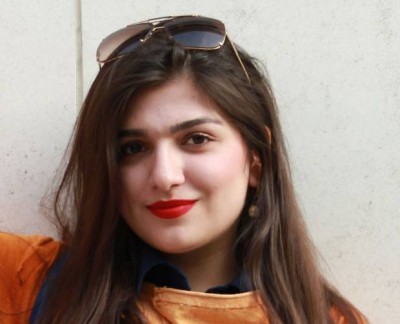 An Iranian-British woman detained while trying to attend a men’s volleyball game in Iran has been found guilty of spreading propaganda against the ruling system and sentenced to a year in prison, her lawyer said Sunday.

Britain immediately raised concerns about Ghoncheh Ghavami’s trial. The case highlighted the limits to free expression inside Iran and efforts by authorities to enforce strict interpretations of Islamic norms despite a policy of greater openness being pursued by moderate President Hassan Rouhani.

The 25-year-old woman’s brother, Iman Ghavami, said the family had been hoping she would be set free based on time already served since her June arrest. They are still trying to get official details of the verdict, he said.

“We’re disappointed and kind of shocked. We really hoped she’d be released,” he told The Associated Press.

Ghavami’s lawyer, Mahmoud Alizadeh Tabatabaei, said in an interview that a court found her guilty of “propagating against the ruling system.” Tabatabaei said he was shown the text of the verdict but is still waiting to receive it officially.

“I was told at the court today that my client’s case has been referred back to the prosecutor because Ghavami is facing new charges. So, the verdict was not given to me,” he said.

Tabatabaei didn’t elaborate what the new charges are or why fresh charges have been raised against his client now.

Ghavami was detained in June at Tehran’s Freedom Stadium after trying to attend a men’s volleyball match between Iran and Italy.

She is a graduate of the University of London’s School of Oriental and African Studies and had been volunteering to help street kids in Iran for a few months, her brother said.

Women are banned from attending male-only matches in Iran. Ghavami tried to enter the stadium with other women to protest the ban, according to Amnesty International. Female photographers inside the complex were also ordered to leave, though none was arrested.

Ghavami was held along with the other protesters for a few hours before being released. She was detained again a few days later and stood trial last month. Her brother said she had no access to her lawyer until it came time for her court hearing.

“This whole case has been full of abnormalities,” Iman Ghavami said.

Ghavami has been held in solitary confinement for much of her time at Tehran’s Evin prison, according to Amnesty. She went on hunger strike at one point last month to protest her detention.

“It’s an outrage that a young woman is being locked up simply for peacefully having her say about how women are discriminated against in Iran,” Amnesty International UK Director Kate Allen said.

Iman Ghavami said he believes authorities singled out his sister from the other female protesters because she holds both British and Iranian citizenship. Iranian authorities do not recognize dual nationalities for its citizens and treats them as Iranians under law.

The British Foreign Office expressed doubts about the sentence Sunday.

“We have concerns about the grounds for this prosecution, due process during the trial and Miss Ghavami’s treatment whilst in custody,” it said in a statement.

Iran’s moderate President Rouhani has faced resistance from hard-liners who feel he is too soft on those who challenge strict interpretations of Islam.

In one case earlier this year, six young Iranian men and women who shot a video of themselves dancing together and unveiled to Pharrell Williams’ “Happy” were arrested along with the film’s director for allegedly breeching Islamic norms. They received suspended sentences of jail terms and lashes in September.

Iran’s judiciary spokesman, Gholam Hossein Mohseni Ejehi, has criticized reports linking Ghavami’s arrest to volleyball, saying last month: “Her case has nothing to do with sports.”