Pope Francis: God is not ‘magician with magic wand’ 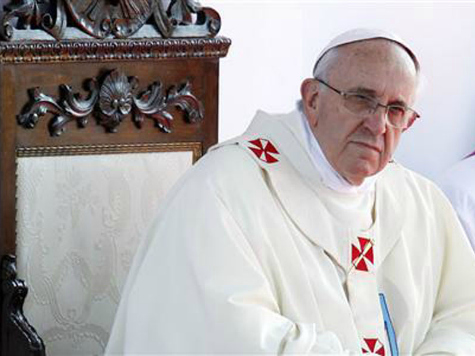 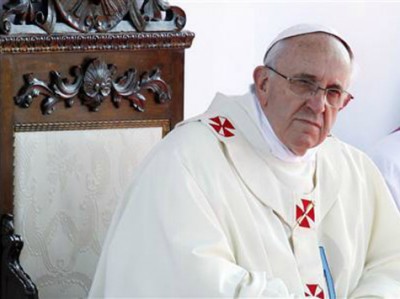 Pope Francis says the Big Bang Theory and evolution are real, and added that accepting this does not contradict belief in God, according to news reports.

The pope made his statements Monday during an address to the Pontifical Academy of Sciences during an unveiling of a bust of his predecessor, Pope Emeritus Benedict XVI, reports the Christian Post.

“When we read about creation in Genesis, we run the risk of imagining God was a magician, with a magic wand able to do everything. But that is not so,” Francis said,according to the Washington Post. “He created human beings and let them develop according to the internal laws that he gave to each one so they would reach their fulfillment.”

His comments come just a few weeks after the church signaled a possible shift toward amore welcoming policy toward homosexuals, divorced people and unmarried couples. The church backed off the proposal a day later.

The pope said the scientific theories are not incompatible with the belief in God, reports The Telegraph.

“The Big Bang, which today we hold to be the origin of the world, does not contradict the intervention of the divine creator but, rather, requires it,” Pope Francis said. “Evolution in nature is not inconsistent with the notion of creation, because evolution requires the creation of beings that evolve.”

The Telegraph notes that the Catholic Church has a long history of being anti-science, including when Galileo faced the inquisition and was forced to retract his “heretic” theory that the Earth revolved around the Sun.

According to the Telegraph, Pope Francis appears to be following the progressive paths of Pope Pius XII and Pope John Paul II. In 1996, John Paul II suggested evolution was “more than a hypothesis” and “effectively proven fact.”

The Christian Post says the question of human origins remains divisive in the U.S. A Gallup poll in June showed 42 percent of Americans believe God created humans in their present form 10,000 years ago.

The Post reports that Brother Guy Consolmagno, astronomer and planetary scientist at the Vatican Observatory, said earlier in October that young Earth creation theories that run contrary to science are “almost blasphemous” in nature.

Giovanni Bignami, a professor and president of Italy’s National Institute for Astrophysics, welcomed Francis’ comments, according to Religion News Serivce, saying the pope had buried the “pseudo theories” of creationists.

“The pope’s statement is significant,” Bignami said. “We are the direct descendents from the Big Bang that created the universe. Evolution came from creation.”