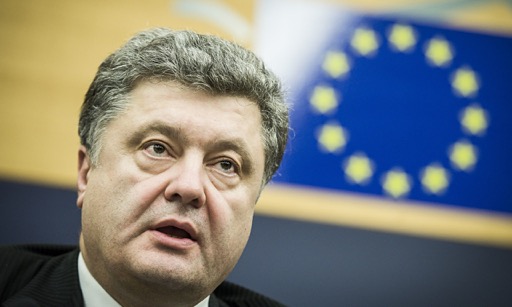 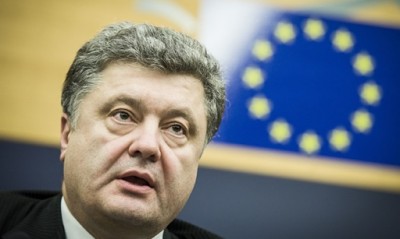 Ukrainian President Petro Poroshenko hailed a sweeping victory for pro-Europe parties in an election on Sunday, saying the vote showed people backed his plan to end a separatist conflict, his pro-Western course and democratic reforms.

Poroshenko’s bloc took 23 percent of the votes cast for a field of 29 competing parties, just ahead of the party of his ally, Prime Minister Arseny Yatseniuk, according to an exit poll issued after voting stations closed in the ex-Soviet republic.

“The majority of voters were in favour of the political forces that support the president’s peace plan and seek a political solution to the situation in the Donbass,” Poroshenko said, referring to the region of the industrialised east where government forces have been fighting separatist rebels.

The result, confirmed by other exit polls, opened up the possibility of Poroshenko, a 49-year-old confectionery magnate, continuing to work in tandem with Yatseniuk, with the latter staying as prime minister to handle sensitive talks with the West on aid for the war-shattered economy.

The People’s Front of Yatseniuk, a hawk in dealings with Russia who is liked in the West for his commitment to deep reforms and stewardship of the economy, took just over 21 percent of the vote, according to the exit poll, with a third pro-Europe party from western Ukraine in third place.

Speaking later at a news conference, Poroshenko said People’s Front was the “main partner” in any parliamentary coalition and talks to form the majority could begin on Monday.

He said he would like talks to be wrapped up quickly to form Ukraine’s “best government”.

But a surprise was the strong performance registered by a group representing allies of ousted president Viktor Yanukovich. The Opposition Bloc of ex-Fuel Minister Yuriy Boiko was on 7.6 percent, enough to put the party into parliament.

Though a fuller picture will not take shape for hours as the vote is counted, the exit polls confirmed expectations of a pro-Western assembly emerging from the first parliamentary election since Yanukovich’s overthrow by street protests in February.

The polls offered a reading only of party voting for 225 of the 450 seats in parliament and results from voting to single constituency seats will be known only in a few days time.

The election completed attempts by Poroshenko and his allies to restore normalcy to the sprawling country of 46 million after a year of turmoil and violence.

The overthrow of Yanukovich by “Euromaidan” street protests, which broke out when he ditched a deal to take Ukraine closer to Europe and out of the Russian orbit, led to Russia denouncing a “fascist” coup and annexing Ukraine’s Crimea.

Moscow went on to back separatist rebellions in Ukraine’s industrialised east which have killed more than 3,700 people.

Despite the surprise showing of Boiko’s Opposition Bloc, other traditional allies of Russia such as the communists flopped and the make-up of the future pro-Europe assembly seemed likely to spell future tensions with Moscow with which Ukraine is also locked in a dispute over gas prices.

“We can say today that a third of voters support the president’s course for carrying out reforms for entering the European Union,” said Yuriy Lutsenko, the leader of the Poroshenko Bloc.

With the party of pro-Europe party Selfhelp in third place on 13.2 percent, Poroshenko should be able to forge a coalition to move Ukraine towards the European mainstream.

Other parties which seemed likely to enter parliament on the basis of the exit poll included the populist Radical Party and the nationalist Svoboda (Freedom) party.

The Batkivshchyna (Fatherland) party of former prime minister Yulia Tymoshenko performed worse than many had expected, with the 5.6 percent it secured only just above the barrier required to be able to enter parliament.

The outcome suggested many war veterans and “Euromaidan” activists enlisted as candidates will enter parliament, giving it a strong patriotic and nationalist tone.

Boiko, whose party has criticised Poroshenko’s policies in the east and campaigned in Yanukovich’s power bases there, said he would work for the “removal of the current authorities”.

After battlefield losses, Poroshenko has said he would resolve the conflict in the east only by political negotiations.

Voting did not take place on Sunday in areas held by the rebels or in Crimea. In eastern regions controlled by the army, armed soldiers guarded polling stations under Ukraine’s flag.

“There was shelling all yesterday as we were preparing the voter lists,” said Nadezhda Danilchenko, a member of the election committee at a polling station in Volnovakha, a town about 50 km (30 miles) south of Donetsk in east Ukraine.

“Either they (the separatists) were practising their shooting or they’re trying to intimidate us.”

Poroshenko went to a town in the Donetsk region held by the army to show support for the troops in the east, where a truce is force. There were no big attacks on election day.