US to investigate claims IS used ‘chemical weapons’ in Iraq 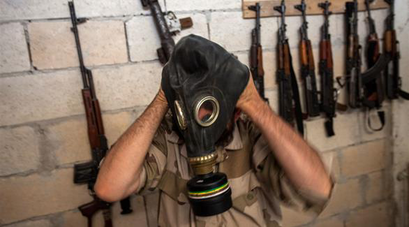 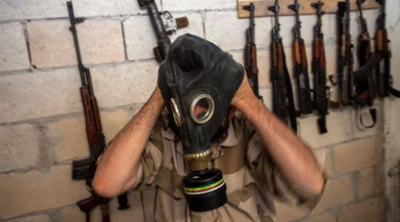 The United States is to investigate whether militant group Islamic State (IS) used chemical weapons in Iraq, Secretary of State John Kerry has said.

Speaking on a visit to South Korea, Mr Kerry said the claims were unconfirmed.

In September, France, Germany and the UK said it was “probable” IS had chlorine gas.

Mr Kerry said “the use of any chemical weapon is an abhorrent act; it is against international law”.

It is unlikely that IS possesses serious chemical weapons such as Sarin, VX gas or mustard gas.

But persistent reports from Iraq say they have been using chlorine gas, which is classed as “a choking agent”.

Though not as deadly as nerve agents, if inhaled in sufficient quantities it can burn victims’ lungs as well as generating fear, panic and a high number of casualties.

The Stockholm International Peace Research Institute (SIPRI) says use of the gas “is a CWC-defined use of chemical weapons.”

CWC stands for the Chemical Weapons Convention, a treaty banning chemical weapons that the many countries have signed.

It is widely believed that Syrian President Bashar al-Assad used chemical weapons on a large scale.

Nevertheless Mr Assad is alleged to have used chlorine gas as recently as August.