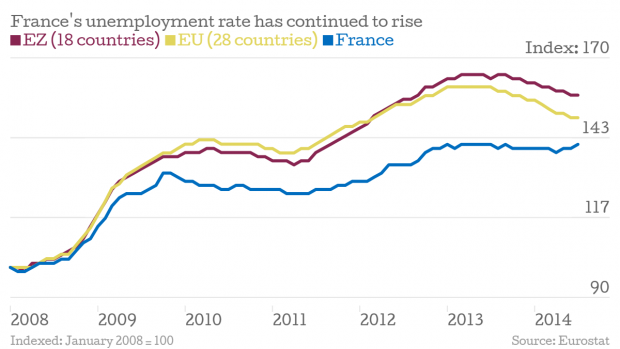 After a slight improvement in August, the number of jobless in France once again increased in September, reaching a new record high of 3.43 million unemployed, government figures revealed Friday.

Data from France’s labor ministry showed unemployment rose by 0.6 percent last month, after the modest 0.3 rise it experienced in August.

The figures were published amid declarations by Prime Minister Manuel Valls which suggested the government may seek reforms to the country’s unemployment benefits and work contracts’ system.

In a recent interview in French weekly Les Obs, Valls said he thought France should consider revising existing long-term and short-term contracts in order to merge the two into a single contract system opposed by unions.

Speaking from Brussels at the end of a European Council meeting on Friday, President François Hollande said unemployment could not be checked in a sustainable way unless “economic growth returns in Europe.”
France 24