Bitcoin may be volatile but has value beyond price point 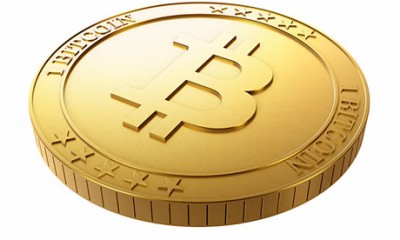 By: Mike Snider
Bitcoin burst on the world a few years ago as a shiny new virtual currency. Lately, that shine has been a bit tarnished.

The value in the decentralized and unregulated digital currency has plummeted since hitting a high of more than $1,130 in December 2013. It’s now pricedat more than $380, a two-thirds decline in value.

And even though many entities, financial companies and other businesses have embraced bitcoin, some have shied away — including Japan, where banks cannot deal in the currency.

That event led the New York Department of Financial Services to begin developing what it calls a BitLicense that would be required of banks and other financial entities that want to deal in bitcoin and other virtual currencies. The goal is to protect consumers and prevent money laundering using virtual currencies, the department’s superintendent, Benjamin Lawsky, has said.

“Right now, I think, the virtual currency industry is at a bit of a crossroads regarding whether it will become an important part of the future financial system,” Lawsky said.

“At their core, digital currency protocols are code,” said EFF special counsel Marcia Hofmann in a statement Tuesday. “Attempts to regulate code must include robust protections to ensure constitutionally protected speech is not stifled, and the BitLicense proposal would undermine those First Amendment principles.”

Bitcoin, launched in 2009, allows for Internet-based customer-to-customer transactions with additional privacy beyond traditional credit card payments and banking transactions. You don’t need a checking account, for instance, and no bank is needed to complete the transaction.

“The cool thing about bitcoin is anyone can become part of the network,” says Jim Angel, an assistant professor of finance at Georgetown University and author of The Ethics of Payments: Paper, Plastic or Bitcoin? “It is beautiful technology, but so far no killer application has emerged that will take bitcoin mainstream.”

More merchants have begun to accept it, however, most notably and recently PayPal, Dell, Expedia, Dish Network and Overstock.com. For sellers, bitcoin carries lower transaction fees than traditional payment systems.

Overall merchant and consumer bitcoin use is rising about 10% each month atCoinbase, which processes payments for merchants and lets consumers buy and sell fractions of the currency.

The company has about 1.7 million users worldwide and more than 37,000 merchants, mostly in the U.S. and Europe, says Adam White, the firm’s director of business development and strategy.

And bitcoin allows people in countries such as Argentina, with unstable currencies, “to be the custodian of your own assets,” says Jon Matonis, executive director of theBitcoin Foundation, which is working to establish “XBT” as a universally recognized financial symbol.

Approval of the XBT symbol would put bitcoin “on the same level as other existing national currencies,” Matonis says, as well as gold, which uses the symbol “XAU.”

Last week, compared with the major stock indexes, which had huge ups and downs, bitcoin remained relatively stable and finished the week higher than at the start.

“It is volatile right now,” Matonis says. “It’s only 5½ years old. It’s like a little baby trying to walk still.”