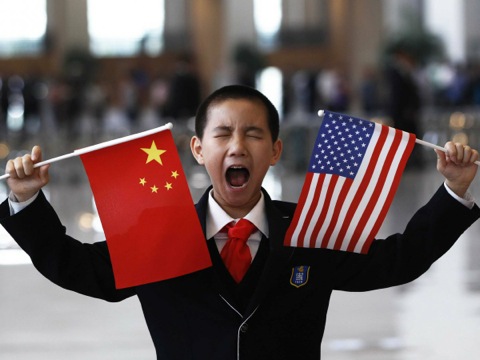 This was inevitable, but it still feels momentous: By one important measure, China’s economy is now the biggest in the world, topping the United States.

China’s gross domestic product is worth $17.6 trillion, adjusted for China’s relatively low cost of living, compared with $17.4 trillion for the U.S., the International Monetary Fund estimated as part of its latest World Economic Outlook. Here’s how that looks in chart form: 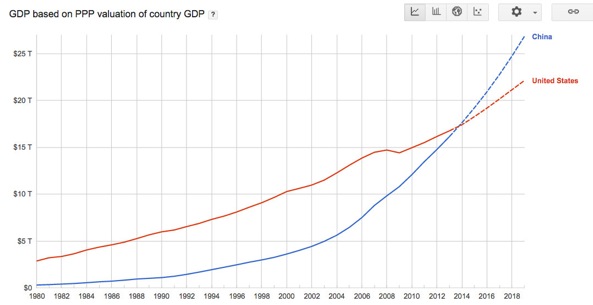 Note the chart extends to 2018. The IMF expects this trend to continue indefinitely. (h/t to Business Insider for the news and the idea to use Google Public Data’s amazing charts.)

Here’s another way of looking at it — China’s share of the global economy is now slightly bigger than America’s, at 16.5 percent to 16.3 percent: 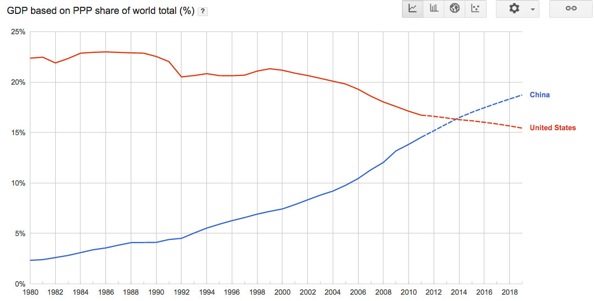 It’s important to note that these figures are adjusted for the relative costs of living in both countries, known to fancy economists as “purchasing power parity.” It’s something economists do to try to make comparisons between countries more fair. It is crazy cheap to live in China and crazy expensive to live in the U.S., so a trillion U.S. dollars are worth a lot more in China than in the U.S.

And that has something to do with the fact that China is manipulating its currency to be worth much less than the dollar. It does this to help make Chinese stuff cheaper than U.S. stuff on the global market. American politicians regularly pretend to be super angry about this, but don’t much mind getting all the cheap Chinese stuff. And China’s booming factory sector has, in turn, helped make China’s economy rapidly get bigger and bigger.

In terms of sheer size, however — meaning, not adjusted for costs of living — the U.S. economy still dwarfs China’s, at $17.4 trillion to $10.4 trillion: 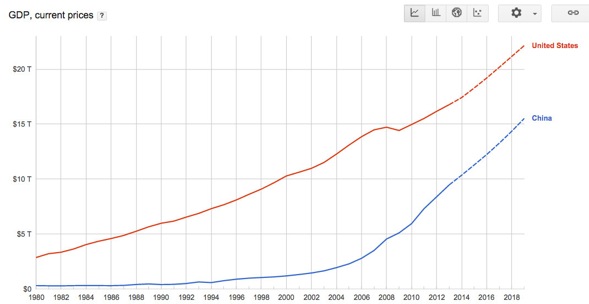 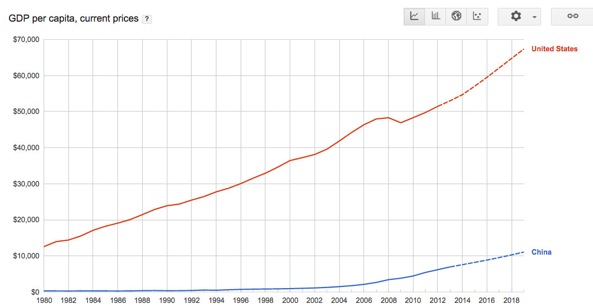