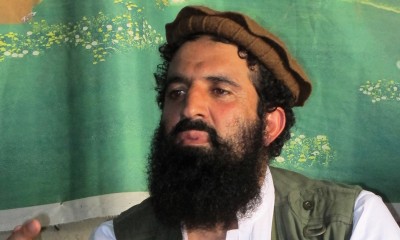 The Pakistani Taliban on Monday denied reports at the weekend that it had pledged allegiance to the Islamic State movement fighting in Syria and Iraq, saying that its statement to the media had been misinterpreted.

The group’s spokesman Shahid Shahidullah said that a statement on Saturday had been intended as an expression of support for all Islamist militants fighting in Syria and Iraq and struggling against Western interests.

“Some media did not publish our statement correctly,” Shahidullah told Reuters by telephone from an undisclosed location. “We are not supporting any specific group in Syria or Iraq; all groups there are noble and they are our brothers.”

On Saturday, Shahidullah said the Taliban would offer “every possible support” to Islamic State, a statement which several media outlets, including Reuters, reported as a declaration of allegiance to the group.

An alliance between the Taliban and Islamic State, which controls swathes of territory in Syria and Iraq, would have represented a significant expansion of Islamic State’s reach and a further challenge to Western powers already struggling to contain it in the Middle East.

But on Monday, Shahidullah said the Pakistani Taliban continued to align itself with Mullah Omar, the elusive one-eyed leader of the Afghan Taliban.

“Mullah Omar is our head and we are following him,” he said.

“I want to clarify at present (the Pakistani Taliban) jihadi front is directed against the infidel system of Islamabad,” he said in a statement, referring to the Pakistani capital.

But, he said, the Taliban were ready to cooperate with any group Omar directed them to. “If Mullah Omar orders us we are ready to send our mujahideen to Syria, Iraq and Yemen or any battle ground in the world,” the statement said.

Omar is close to some of al Qaeda’s most senior leaders. Analysts say that Islamic State and al Qaeda, which masterminded the Sept. 11, 2001 attacks on the United States, are in direct competition for fighters and funds.

“People trying to talk to Syria (Islamic State) instead of Mullah Omar are not going to find much sympathy in the Taliban community,” said Saifullah Mahsud of the FATA Research Centre, an Islamabad-based think-tank with extensive Taliban contacts.

Drone strikes resumed in June after a six month hiatus while the Pakistani government pursued peace talks with the Taliban.