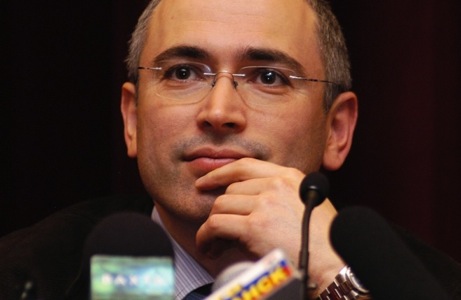 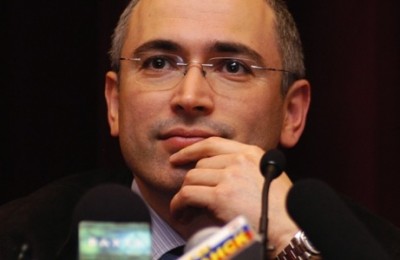 The man who spent 10 years in prison for crossing Putin says the Russian regime will fall, one way or the other, and those who want a democracy to replace it need to get organized now.

In December 2013, when Vladimir Putin released Mikhail Khodorkovsky from prison after 10 years, the former oil tycoon and political prisoner said he would not enter politics. Only months later, however, he is spending millions to build a new political infrastructure to prepare for what he says is the inevitable fall of Putin’s regime.

“When I left prison, I announced that I am not interested in engaging in politics. I never promised anyone I wouldn’t engage in it and I continue to be not interested in engaging in it,” Khodorkovsky told The Daily Beast in an interview in Washington. “At the same time, I feel it imperative to attempt to influence the power. I feel it imperative that that section of the population that is Europe-centered would have the opportunity to impact the way the country develops.”

Khodorkovsky has resurrected his foundation, Open Russia, which was established in 2001 by shareholders of Yukos, his former company. It was shuttered in 2006, though, when Putin’s government seized its assets following Khodorkovsky’s conviction in two corruption cases, widely considered to have been politically motivated. The group’s mission is to build a civil society and political infrastructure among pro-European Russians to influence the post-Putin political system.

The website says the group will build projects to support independent media, political education, and advocate on behalf of political prisoners inside Russia. But Khodorkovsky said the goal was to make sure that when the regime falls, especially if it’s bloody or chaotic, that those who support Western values like democracy, a free press, the separation of powers, the rule of law, and human rights will come out on top.

“Without a doubt, Putin’s leaving is one of the necessary elements of Russia’s being able to take a European path of development,” he said. “There is one task, namely to help create and maintain communications between members of that part of the populous who are in favor of a European path of development for the country, to help them to be able to act together in concert in defense of their political interests.”

Khodorkovsky said it was impossible to predict exactly when or how the Putin regime will fall, but he said it was very likely that Putin will not last to the end of his new two-term presidency. In other words, sometime in the next 10 years, the Putin regime and Russian’s current government will be toppled.

“The fragility of the Putin regime lies in the fact that the entire regime rests in one person,” he said. “The only thing we can say for sure [is that] the likelihood of his ability to just peacefully leave that post has become minimal.”

Putin’s drive to keep Russia stable is running head on into the nationalist movement he has awakened. His meddling in Ukraine has made the situation worse, Khodorkovsky said, because Putin is now committed to a policy that will invite further Western sanctions, threatens the Russian economy and thus undercuts his legitimacy.

Also, if Ukraine succeeds, Russians could see that as a model for how to replace the Putin regime, Khodorkovsky said.

“The fragility of the Putin regime lies in the fact that the entire regime rests in one person. The only thing we can say for sure [is that] the likelihood of his ability to just peacefully leave that post has become minimal.”
“It’s clear that Ukraine is that model that Russia is ready to accept and it’s precisely for this reason that Putin was so not interested in seeing the success of that revolution,” he said. “[But] the pro-European segment of the Russian populace finds any scenario that involved non-democratic changes of power to be unacceptable. This is the problem and this is why we cannot say this regime is likely to be replaced in any short time.”

Khodorkovsky said that the rise of Putin was caused, in part, by missteps by the United States and the West during the post-Soviet era, when the West failed to support Russia economically and abandoned the liberal democratic members of the Russian system who were fighting against the kind of authoritarianism Putin has imposed on the country.

Even now, Putin has been able to successfully spin the Western sanctions as an attack on Russia and the West has failed to make the case that they are on the side of the Russian people against the regime and its cronies, he said. Some Western leaders understand Putin, and some don’t.

“Angela Merkel understands President Putin, no doubt,” said Khodorkovsky. “I haven’t spoken with President Obama… I think that would be an interesting conversation.”