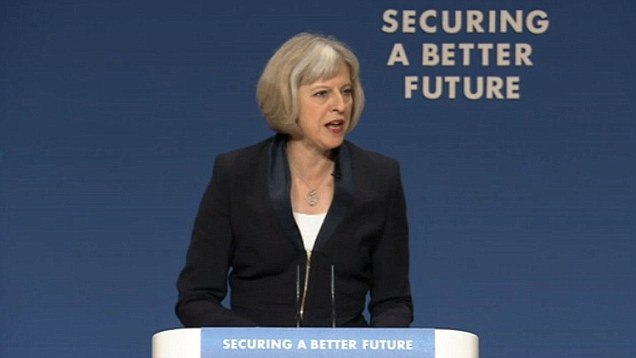 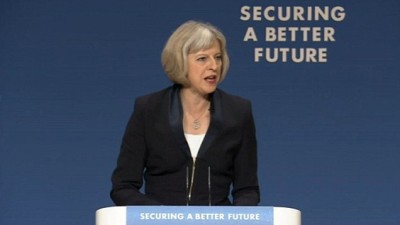 ISIS could acquire nuclear and biological weapons to launch attacks on Britain, the Home Secretary warned Tuesday  as she set out new measures to clamp down on extremist groups.

In a speech to the Tory party conference that concentrated almost entirely on the threat from terrorism at home and abroad, Theresa May warned that the jihadist group could become the “world’s first truly terrorist state“ in Iraq and Syria.

“If [Isis] succeed in firmly consolidating their grip on the land they occupy in Syria and Iraq, we will see the world’s first truly terrorist state established within a few hours flying time of our country,” she said.

“We will see terrorists given the space to plot attacks against us, train their men and women, and devise new methods to kill indiscriminately.”

“We will see the risk, often prophesied but thank God not yet fulfilled, that with the capability of a state behind them, the terrorists will acquire chemical, biological or even nuclear weapons to attack us.

“We must not flinch. We must not shy away from our responsibility. We must not drift towards danger and insecurity. While we still have the chance, we must act to destroy them.”

In a bid to counter the threat of home-grown  terrorism, Ms May said the next Tory manifesto would include a renewed commitment to the Communications Data Bill – the so-called “snoopers’ charter”.

The measure, first championed by Ms May two years ago, would have required phone and internet companies to maintain records of people’s internet, email and mobile phone activity – though not the content of the calls or messages.

It was finally abandoned after running into strong resistance from the Liberal Democrats, a roadblock which Ms May slammed today as “outrageously irresponsible”.

She told the conference: “The lesson of history tells us that when our enemies say they want to attack us, they mean it.

“Innocent people are in danger right now.  If we do not act, we risk sleepwalking into a society in which crime can no longer be investigated and terrorists can plot their murderous schemes undisrupted.

“We have to give the police and the security services the powers they need to keep us safe, and that is what the next Conservative government will do.”

She warned there had been a “rapid and dangerous” decline in detectives’ ability to access online communications, with the police forced to abandon 20 investigations, including 13 in which a child was at risk of harm.

The Tories are also promising a ban on so-called hate preachers and other extremists being interviewed on television or speaking at public meetings, Ms May said, as well as an extension of ministers’ authority to outlaw groups suspected of encouraging terrorism or violence.