Iraqi pilots drop food instead of bombs on I.S. fighters 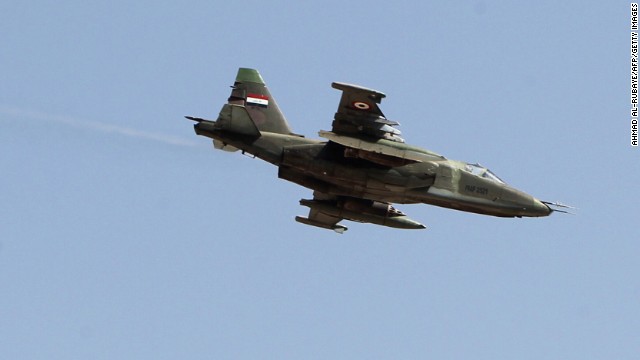 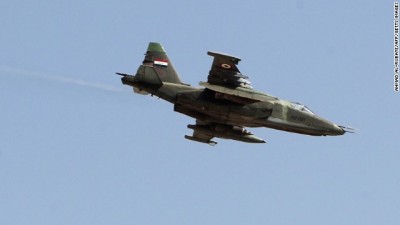 Members of Islamic State recently received an unexpected surprise from the Iraqi pilots.

An investigation was underway Tuesday after Iraqi military pilots mistakenly gave food, water and ammunition to enemy ISIS militants instead of their own soldiers, a senior security official and a brigadier told NBC News. The supplies were supposed to help besieged Iraqi army officers and soldiers who had been fighting Islamist extremists for a week in Saglawyah and the village of Al-Sijar in the country’s western province of Anbar.

“Some pilots, instead of dropping these supplies over the area of the Iraqi army, threw it over the area that is controlled by ISIS fighters,” said Hakim Al-Zamili, a Sadrist lawmaker in the Iraqi parliament who is a member of the Security and Defense committee and acts as a security liaison for service members and commanders formed by the religious leader Muqtada Al-Sadr. “Those soldiers were in deadly need of these supplies, but because of the wrong plans of the commanders in the Iraqi army and lack of experience of the pilots, we in a way or another helped ISIS fighters to kill our soldiers.”

A brigadier-general in Iraq’s Defense Ministry, who declined to be named, confirmed the incident, which happened on Sept. 19. “Yes, that’s what had happened,” the officer said, adding that some air force pilots “do not have enough experience … they are all young and new.”

Both Al-Zamili and the brigadier-general said there would be an investigation to determine the cause of the blunder.