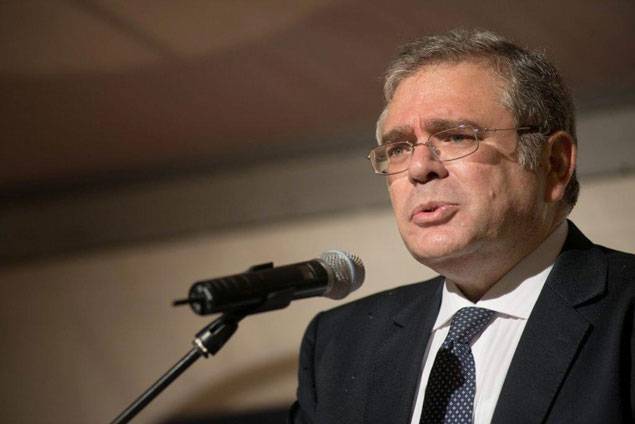 Fady Gemayel is president of the Association of Lebanese Industrialists (ALI). Executive spoke with him about the state of industry in Lebanon, its challenges and its future.

With a total of $482 million by the end of 2013, Syria, according to the ALI, ranked as Lebanon’s leading export destination. Has Lebanese industry taken over part of the Syrian market? And, on the other hand, has it profited from the presence of over a million Syrian refugees in the country?

First we thought the presence of Syrian refugees in Lebanon would be temporary, just as we thought the Syrian crisis would be. Now we know that both are here to stay for years to come. Before discussing any possible benefits, let me emphasize that the Syrian conflict and the presence of Syrian refugees in Lebanon are not only a burden for the economy, but also a major threat to Lebanon’s stability. And stability is essential for investor confidence.

Having said that, yes, some industrialists have profited from the presence of Syrian refugees, mainly producers of staple foods. Also, Lebanon has long suffered from Syrian dumping practices, especially in the food and paper sectors. That has stopped or decreased significantly, which has given Lebanese industry some breathing space. On the other hand, some Syrian companies have, often illegally, tried to open shop in Lebanon, especially in the food and packaging sectors, which are already highly competitive and suffering from oversupply.

Syria itself had of course a very strong industrial base, aided by the government through subsidies and import protection measures. At the moment, I don’t think any Lebanese firm has moved into Syria. The situation is simply too dangerous. Yet that may happen in the future with an eye on the reconstruction of the country.

Other than the Syrian crisis, what are some of the main obstacles the industrial sector faces within Lebanon?

We face many obstacles, mostly cost related. The extra costs we pay for administrative or port services, for example, could easily be reduced. We could do with better financing for small and medium enterprises, while in terms of labor we face a situation of oversupply in terms of doctors and lawyers, while we have difficulties finding people with a sound technical education. It is hard, for example, to find machine operators. But by far the most pressing issue remains the high cost of energy in Lebanon. The United Nations Industrial Development Organization has calculated that the cost of energy in over 4,000 Lebanese industrial establishments accounts for some 5.7 percent of the average cost price. That does not seem [like] too much. However, in energy intensive industries such as plastic, paper, glass and ceramics, it amounts to over 30 percent. These are key components within the industrial chain. Other industries depend on them.

To what extent do the most common statistics used for the Lebanese industrial sector offer a realistic picture?

Lebanese statistics in general are a rather fragile affair. It all depends on what components you take into account. For example, the reexport of fuel and the export of scrap metal are both considered industrial exports, which is of course not correct. Still, while industrial export figures may not tell the whole story, they offer an indication of a general trend. The situation in the region is by all means dramatic, yet the industry export figures are not. This is to a large extent due to the inventiveness of Lebanese industrialists. Syria was never a major export destination, yet has always been important in terms of transit. The conflict made export more dangerous and more expensive, as the cost of transport and insurance increased. Lebanese industrialists had to adapt.

Naturally, you know a great deal about paper and packaging, as you are the president of LibanPack [an association of companies from the packaging sectors]. How would you briefly characterize the sector?

The Lebanese paper industry is green, highly sophisticated and energy intensive. People forget that paper recycling started in Lebanon in 1929. Lebanon was a pioneer in that sense. The machines and technology used in the sector are state of the art and of no lower quality than what is currently used in Europe or the US. Our main problem is the cost of fuel and electricity. That’s why the Syndicate of the Owners of Paper and Packaging Industries has called upon the government to create a $30 million fund to put us on a level playing field with our regional competitors, which are often subsidized. The Gulf countries, for example, pay billions of dollars in subsidies on fuel, gas and electricity. But it is not just about the Gulf. Europe talks a lot about free markets and free trade, but the reality is often very different.

I recently read an article in the international trade magazine “Pulp and Paper” about a $200 million paper and packaging factory in former East Germany, which received $70 million in state subsidies. A relatively small government fund would give us a fair chance to compete both regionally and internationally. In addition, some 7,000 families directly depend on them for their livelihoods.

[Editor’s note: Gemayel is also president of the Syndicate of the Owners of Paper and Packaging Industries, an officially recognized syndicate that is distinct from the private LibanPack association.]

A few years ago the ALI promoted a plan for solid waste incineration, burning waste to generate energy for the industrial sector, thus killing two birds with one stone. What has come of that?

We agree that waste incineration could be a solution, yet only within a wider nationwide strategy to deal with the country’s waste issue. The initial proposal called for burning just about everything. But we have to take into account environmental regulations and we need to protect our recycling industry. A general waste strategy would recognize the importance of sorting, recycling and composting before burning the residue.

Many industrialists have complained about the recent raise in minimum wage. I understand that it is a cost increasing factor. On the other hand, would you not agree that it boosts average Lebanese spending power?

I’m happy you bring that up, for there have been too many misunderstandings on the issue. First of all, we agree that, as industrialists, we have a role to play in society. We want to make our contribution to wealth creation, raise the general standard of living and create a middle class consumer society. However, we cannot accept ad hoc measures. For example, raise the minimum wage, but also reform the public sector. Get rid of redundant people and reeducate them to be employed elsewhere. Raise the minimum wage, but also reduce the costs for low income property owners. The government needs to be more proactive. In 2009, Lebanon recorded an economic growth of some 9.5 percent, without any proper economic policy. With a few simple measures that could have easily been over 10 percent. For years, we have pushed for a wider economic stimulus program that entails injecting 3 percent of GDP growth back into the economy, but to no avail.

Yes, it did and the industrial sector partly profited. Can you imagine what would have happened if it hadn’t? BDL had expected 4 percent growth thanks to the stimulus package, but in the end it was barely 1.5 percent.

It was long said to be difficult to obtain loans, especially for small and medium sized entrepreneurs. Has that improved? What else could improve?

It’s easier for SMEs to get a loan these days. Only for the really small firms is it still difficult. However, we would like banks to be more active in investment banking, instead of merely focusing on retail banking. The banks could help us enhance scale, which would in turn help us create partnerships and reach out in the region. With all the crises they’ve faced over the years, Lebanese entrepreneurs have proven to be highly flexible and creative in dealing with obstacles. For the big international firms interested in entering the region, and the reconstruction of Syria and Iraq, the Lebanese could be excellent partners.

What’s the way ahead for Lebanese industry?

Obviously, the Syrian and regional crisis is not a temporary affair as we first thought or hoped for, so we need to focus on expansion elsewhere. We have the capacity. And we have an immense diaspora we can build on. We also have the shipping lines. So, in coordination with the government, we can make a serious effort to unlock new markets. In fact, the government has started to instruct its diplomats to start focusing more on the economic aspect of international relations. Finally, let us not forget about the potential of offshore gas reserves. If indeed we have such reserves, then that could be a game changer for everyone in Lebanon, including industry. The high cost of energy we face could finally be resolved.

This article is part of an Executive special report on Lebanese industry.

Peter Speetjens is a Dutch journalist & analyst based in Beirut since 1996.