Turkey denied its airspace or bases were used in attacking ISIS 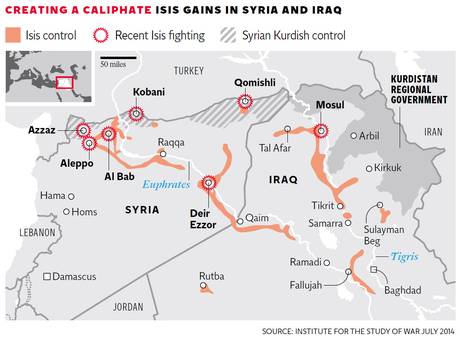 New air strikes have targeted Islamic State (IS) militants in Syria, hitting targets close to the border with Turkey.

Syrian activists reported strikes around the town of Kobane, which has been besieged by IS for several days.

Witnesses saw two military aircraft approaching from Turkey but Turkish officials denied its airspace or bases were used in the attack.

The US-led coalition expanded its raids against IS into Syria on Monday.

But the aerial bombardment near Kobane has not been confirmed by the US or any other coalition partner.

Turkish military sources said neither its air force nor the US airbase at Incirlik had been used.

IS has seized large areas of Syria and Iraq, and the US has launched nearly 200 air strikes in Iraq since August.

US Central Command (Centcom) said two more strikes were made in Syria overnight on Tuesday, taking the total to 16.