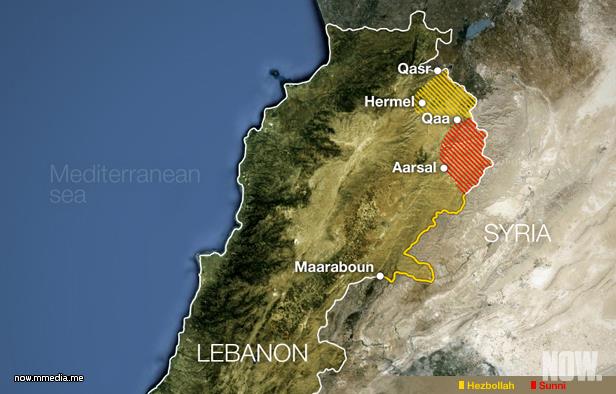 Syrian war planes have bombed several targets near the Lebanese border town of Arsal where hundreds of Syrian rebels are holed up.

Syrian activists told Al Jazeera that several people were killed and wounded in Monday’s air strikes on the mountainous area.

Arsal is a Sunni Muslim town where tens of thousands of refugees have taken shelter from the war in neighbouring Syria.

The area has been hit by clashes between the Lebanese army and rebels on several occasions.

In August, dozens of people were killed in five days of fighting that began after soldiers detained a Syrian man accused of belonging to al-Qaeda’s Syrian affiliate, the Nusra Front.

Rebels linked to the Islamic State in Iraq and the Levant (ISIL) and the Nusra Front have since withdrawn from Arsal and are now hiding in the mountains on the outskirts of the village.

Syrian rebels took several Lebanese soldiers captive during the clashes. Three of the captive Lebanese soldiers have since been killed by the rebels, who have been demanding the release of several prisoners belonging to the armed groups.

The Lebanese army on Monday closed the main roads that lead to Arsal and were not allowing wounded fighters into the village, activists said.

In a separate development, the Lebanese army raided several informal Syrian refugee camps in the city of Baalbek in northern Lebanon.

An unknown number of refugees were detained for suspicious activities and carrying illegal papers.