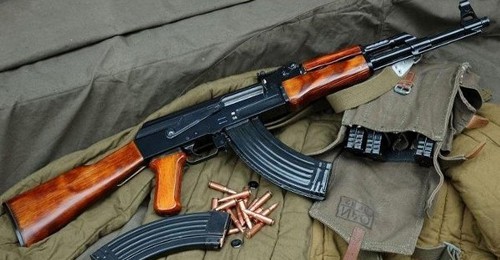 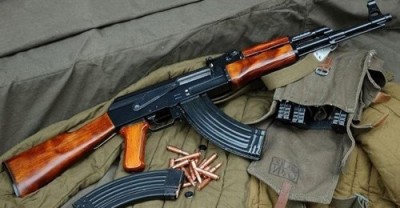 The Beqaa region of Lebanon is witnessing an explosion in the price of all weapons ,including hunting rifles and ammunition.

The same increase proportionally applies to all other types of military rifles and ammunition, including pistols of all types according to the reports .

This development comes after recent reports claimed that the Christians in Lebanon have been forming armed groups to protect themselves from the encroaching threat of the Islamic State in Syria following cross-border kidnappings and beheadings of Lebanese soldiers and disturbing graffiti threatening the religious minority.

Lebanon media reported that chilling spray-painted messages have appeared on two churches in Tripoli, Lebanon, over the past 2 weeks including, “We came to slaughter you, you worshipers of the cross,” and “The Islamic State will break the cross.”

Crosses were burned earlier this month and churches were defaced, the reports said inflaming an atmosphere of fear among the Christian population that has prompted some to turn to guns to protect the community.

“We all know that if they come, they will slit our throats for no reason,” one armed villager told the AP last week.

Christian leaders reject the idea of self defense

Addressing the threat posed by the Islamic State terrorists to Lebanon and the region, Lebanese Forces leader Samir Geagea rejected last week the calls for Christians and other Lebanese to arm themselves to confront terrorism, stressing that this will force the collapse of the state.

‘While we reject all kinds of self-defense, some try to promote for political purpose under the guise of fighting terrorism,’ he said

‘Christians only carried arms during the Civil War when the state completely collapsed.’ Geagea stressed

He stressed that the state and its security institutions are still intact and capable of defending its citizens.

“Should the need arise, or should the IS come, we are ready for resistance, and we will only die on our feet,” he stressed.

“Our martyrs did not fall to allow the presence of foreign gunmen on Lebanon’s soil, nor the presence of Lebanese gunmen who serve foreign interests … President-elect Bashir Gemayel did not die so that someone tries to prevent the election of a president,” added Geagea, a possible reference to Hezbollah which is reportedly the main obstacle behind the election of a new president to replace Michel Suleiman whose term ended on May 25