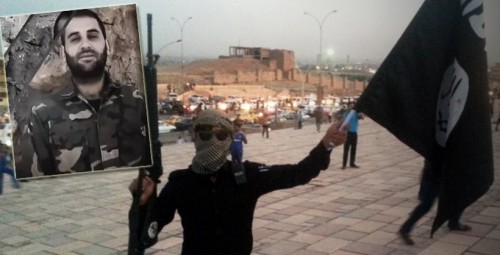 As Safir newspaper reported on Thursday that  the corpse of Lebanese   army Sergeant Ali al-Sayyed, who was beheaded by  militants of the Islamic State group on the outskirts of the northeastern border town of Arsal, sustained two gunshots.

The body of al-Sayyed was checked by a coroner, who confirmed the repot, the daily reported .

Sayyed was reportedly beheaded on August 28 and his body was handed over to military officials on September 1  after negotiations with the terrorists.

Sayyed disappeared from Lebanon around the time militants from Syria attacked the Lebanese border town of Arsal in early August, killing and kidnapping soldiers and police.

The militants included fighters from the Islamic State group and the al-Qaida-linked Nusra Front, and the incursion was the most serious spillover of violence into Lebanon from Syria’s civil war.