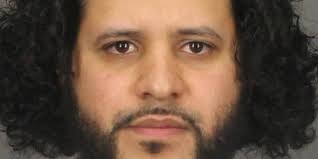 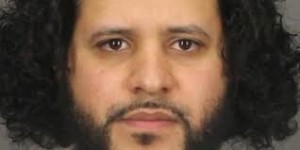 A New York man who was arrested in May was indicted by a federal grand jury Tuesday for allegedly trying to aid the terrorist group Islamic State and planning to kill returning U.S. soldiers.

Mufid Elfgeeh, 30, of Rochester was charged with three counts of attempting to provide material support and resources to Islamic State, one count of attempted murder of current and former members of the U.S. military, and federal weapons offenses, according to a news release from the Justice Department.

Federal authorities accused Elfgeeh, a U.S. citizen, of trying to help three people – two of whom are FBI informants – get to Syria in order to fight on behalf of Islamic State, the news release said.

Elfgeeh is also suspected of attempting to kill members of the U.S. military returning from tours of duty in Iraq, authorities said.

Elfgeeh is suspected of buying two pistols with silencers through a source working with the FBI in order to carry out his plot, the news release said. The guns were rendered inoperable before they were sold.

Authorities said they learned of the suspected plan to kill soldiers when Elfgeeh shared his intentions with one of the two informants.

“We will remain aggressive in identifying and disrupting those who seek to provide support to ISIL and other terrorist groups that are bent on inflicting harm upon Americans,” Atty. Gen. Eric H. Holder Jr. said in a statement.

If convicted of all charges, Elfgeeh could be sentenced to life in prison.