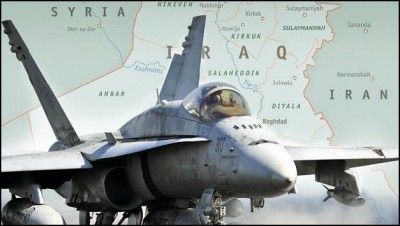 Beirut, Lebanon- The fortunes of President Bashar al-Assad have suffered over the past two months, with battlefield setbacks and new signs of doubt emerging within his political base, as the civil war in Syria drags on with no end in sight.

Now, though, he and his inner circle believe they have been granted a reprieve — at least politically — by President Obama’s declarationthat he may strike in Syria against the extremist group the Islamic State in Iraq and Syria, according to analysts and allies of the Syrian government who say they are in contact with officials in Damascus.

To Mr. Assad and his closest advisers, these people say, the American decision represents a victory for his longstanding strategy: obliterating any moderate opposition to his rule and persuading the world it faces a stark choice between him and Islamist militants who threaten the West.

But there are also worries in Damascus that the potential American strikes in Syria, part of a ramped-up campaign against ISIS, carry new risks. Pro-government analysts say that Syrian officials are unsure who would benefit militarily — government forces, or Syrian insurgents and separatist Kurds, who have also clashed with the foreign-led ISIS militants.

Neither the Syrian Army nor the Western-supported groups among the Syrian insurgents appear capable of taking immediate advantage of any weakening of ISIS in the eastern provinces bordering Iraq where it is strongest, Raqqa and Deir al-Zour.

The Syrian Army has little chance of retaking recently lost territory there, and appears to have virtually written off the east, said Amine Hoteit, a retired Lebanese general who is close to Syrian officials, some of whom he met with in Damascus last month.

Mr. Obama says new aid to Syrian insurgents that his administration has deemed relatively moderate will allow them to act as a ground force against ISIS; he has ruled out sending American troops. But efforts to arm and train them will take time, and it is unclear whether they will be more successful than past efforts that have failed to produce an effective and unified force.

Yezid Sayigh, a military analyst at the Carnegie Middle East Center in Beirut, said that made it unlikely that the United States would soon launch more than limited and carefully selected strikes against ISIS, such as against desert convoys. The group’s fighters in Raqqa have lately melted away into the population, increasing the risk that strikes there would kill civilians, perhaps rallying support to ISIS.

Syrian insurgents are stronger near ISIS positions further west in Aleppo Province. But so is the Syrian Army, so hitting ISIS there could also benefit Mr. Assad, which Mr. Obama is loath to do.

“So unless the U.S. successfully kills key ISIS commanders in Syria,” Mr. Sayigh said, “its military impact will be limited there in the short and possibly medium term.”

Another view, a Damascus journalist with a pro-government media outlet said in a phone interview, is that the American campaign will have little impact on the ground. Many in the government believe the campaign was designed for political reasons to show that the United States is acting against ISIS and that the first step in any serious effort would be forcing Turkey, an American ally and NATO member, to stop the flow of ISIS fighters across its borders.

Military impact aside, each side hopes to gain politically. The prospect of American strikes comes just as Mr. Assad’s government has been facing unprecedented public criticism from supporters, who have complained on social media and in interviews that it allowed the extremists to run rampant, and recently staged a rare demonstration in Damascus demanding stronger action to release hostages held by extremists.

Mr. Obama’s decision has reinvigorated core members of Mr. Assad’s inner circle who believe that he faces less and less pressure to compromise, and that the West will eventually ally with him against ISIS, Syrian journalists and analysts say. For fear of retribution, all the Syrians interviewed requested anonymity.

Yet Mr. Assad presides over a country that is physically divided and psychologically depleted. Two months ago, he was riding higher than at any time since early 2012, having consolidated control of the country’s strategic spine, which runs from Damascus to the coast. But those gains, and the morale they built, now appear less solid.

Lightning advances by ISIS routed soldiers from three bases in Raqqa over the summer, sending them fleeing into the desert and leaving many government supporters incensed that the army did not send more reinforcements.

Video of an attack on the Tabaqa air base shows soldiers fleeing, apparently unarmed, into the desert, and being gunned down by ISIS fighters.

The images have been widely shared in Syria, shocking government supporters who are used to seeing the army portrayed in a heroic light; montages on state television regularly show troops marching in disciplined rows and rappelling down walls to a triumphal soundtrack.

“If we lose more areas, we will be doomed,” a 31-year-old professional, long a strong government supporter, said in a phone interview from the coastal city of Tartus. “After three years the army is tired and depleted.”

“We are playing on the edge and sitting on a volcano,” she said, asking that her name be withheld to avoid retribution from either side. “Many people who love and respect Assad are mad at him now. Their patience has come to the end.”

She said that her cousin, a soldier, had been jailed for three weeks after he talked on base about recent defeats. Five pro-government activists were detained recently after launching a social media campaign about missing soldiers called “Where Are They.” Others boldly defended them online as “patriotic.”

Still, the Tartus woman and many other government supporters say they see no alternative to Mr. Assad to protect them from ISIS.

Yet United States officials and some allied Western diplomats say they hope that American strikes on ISIS, along with new aid to non-ISIS insurgents who would be pressured to adopt a moderate agenda, could ease fears among government supporters, especially in the minority Alawite sect that forms Mr. Assad’s base. They hope that, in turn, could reassure influential Alawites enough to inspire them, or Mr. Assad’s main allies, Iran and Russia, to pressure him to step aside or share power.

But among other Western diplomats, including many long relocated to Beirut from Damascus, there is a sense of dejection and a belief that the new focus on ISIS has derailed what was left of Western political will to oust Mr. Assad or foster a political compromise any time soon. Asked if Western governments would now expend much energy on those projects, one replied, “Absolutely not. It’s over, I’m sorry to say.”

Some Syrian officials hold a less sanguine view than Mr. Assad and his inner circle do of his political and military strength, a well-connected pro-government political analyst said recently. He said they believe negotiations with relatively moderate Syrian insurgents are unavoidable, and that some chafe at the growing influence in Syria of Iran and Hezbollah, the Lebanese Shiite militia which is fighting alongside Mr. Assad’s troops in Syria.

But he said they have little influence with real decision-makers, increasingly limited to Mr. Assad’s family members, who include powerful security officials and businessmen, and continue to reject any compromise that could loosen their hold on power.

“Will they reach the point where they say this is the best deal they can make and it’s time?” he said. “They are very stubborn. I am not optimistic.”

Some allies of Mr. Assad remain convinced that, as Syrian officials have long predicted, the international community will eventually quietly seek his government’s intelligence cooperation against ISIS.

“If you don’t,” a member of Hezbollah familiar with his group’s thinking said, addressing the United States, “it raises a question of whether you really want to hit it.” But, he added, “Even if you don’t coordinate,” any strikes against ISIS would “help the regime.”

Syrian officials are confident in their control of the part of the country most important to them, the corridor from Damascus north to the coastal cities, General Hoteit said. Currently home to between 7 million and 10 million people, he said, that territory would allow the state to function indefinitely.

But key swaths of the country remain contested, including the northern city of Aleppo, Syria’s largest city, divided between the government and non-ISIS insurgents, and Damascus suburbs like Douma, where video on Sunday showed children wounded in heavy government airstrikes.

As for the east, General Hoteit said, “The regime doesn’t care much about Raqqa.”