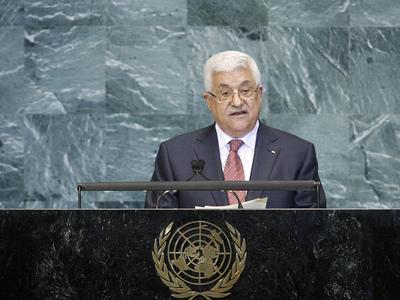 Palestinian President Mahmud Abbas will meet his French counterpart Francois Hollande in Paris on Friday, ahead of a key address to the United Nations, his spokesperson said.

Abbas will spend two days in Paris before heading to New York, where he will attend the UN General Assembly, which opens on September 24, his spokesman Nabil Abu Rudeina told AFP on Sunday.

The Palestinian leader will use his speech to the UN to try to rally support for a new diplomatic initiative to set a date for ending the Israeli occupation.

He recently obtained backing from the Arab League for his plan, which aims to secure an end to the Israeli occupation within three years and the establishment of a Palestinian state in the territories Israel occupied in the Six-Day War of 1967.

Earlier this month, a senior Palestinian official said the leadership was going to seek a UN Security Council vote on a resolution setting a three-year deadline for ending the occupation, despite knowing any such text would be vetoed by Washington.

“We will be seeking a Security Council resolution on ending the occupation on a specific date,” said Hanan Ashrawi, who is a member of the governing body of the Palestine Liberation Organization (PLO).

“We should know that the occupation will end within three years.”

She also raised the possibility of seeking passage of a similar but non-binding resolution by the UN General Assembly.

If, as expected, the Security Council bid fails, the Palestinians have said they will consider fast-tracking an application to become party to the International Criminal Court.

That would pave the way for possible prosecutions over Israeli actions in the occupied territories, including during the 50-day war in Gaza which ended on August 26.