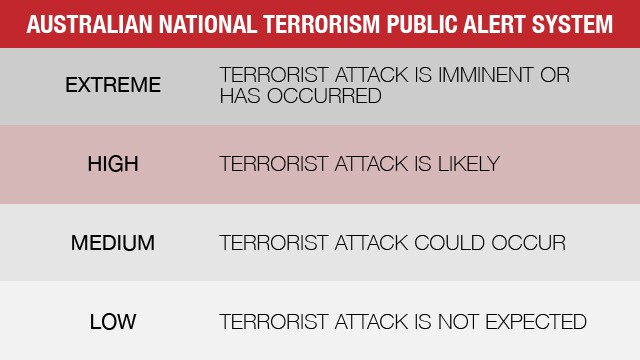 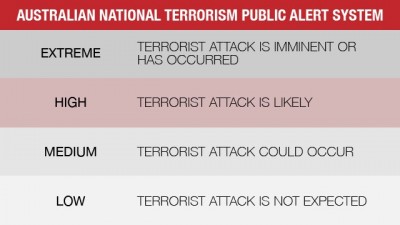 Australia raised its terror alert from “medium” to “high” Friday, the government said, although it cautioned the move was not based on knowledge of a specific attack but rather “a body of evidence that points to the increased likelihood of a terrorist attack in Australia.”

“I want to stress that this does not mean that a terror attack is imminent, we have no specific intelligence of particular plots. What we do have is intelligence that there are people with the intent and the capability to mount attacks,” Prime Minister Tony Abbott told reporters at a news conference.